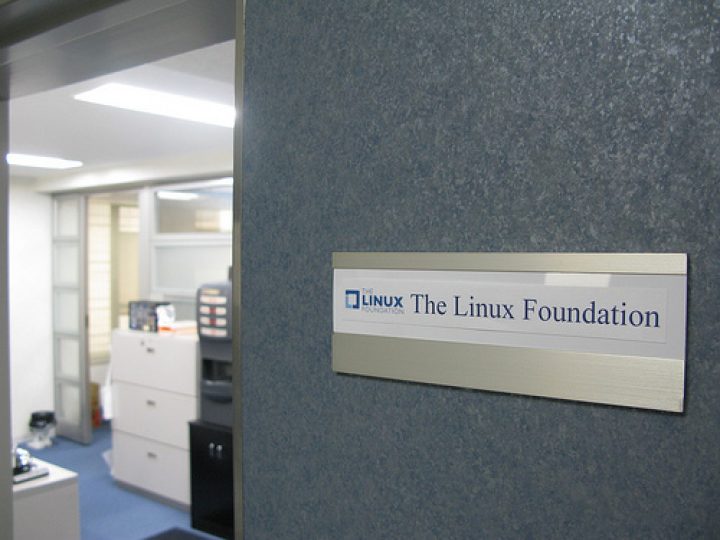 Los Angeles, Calif. — Jim Zemlin, executive director of the Linux Foundation, had a conversation with Linus Torvalds, creator of Linux kernel and Git, at the Open Source Summit North America this week.

Torvalds revolutionized technology twice. He originally developed the Linux kernel, the essential center of a computer operating system, and then Git, a source code management system used by developers globally. In an interview with Zemlin, Torvalds discussed fun and work, a central theme in his book “Just for Fun: The Story of an Accidental Revolutionary.”

“The premise of the book was you move onto fun, but you have to start with the survival aspect. If you don’t have survival, you are not going to care about fun. And you are moving onto the point where once you guarantee survival, once you guarantee you have this social connection to the world around you, you want to get to the point where the most motivating thing in your life is fun. It’s different fun for different people. For me, it’s the fun of a technical challenge,” Torvalds said.

The roots of the Linux kernel go back to when Torvalds was a computer science student. After he launched a free operating system in 1991, developers from around the world started contributing their code to the project. Torvalds dubbed the open source kernel Linux, choosing a penguin as its mascot. Users began building entire businesses based upon Linux, paving the way for a commercial ecosystem. Nevertheless, some companies have stayed away from Linux for precisely this very reason. Torvalds discussed the impact an anti-commercial mentality has had on the Kernel community.

“One of the things I’ve noticed is we are having a lot easier time working with people, working with companies that aren’t necessarily part of the community. It used to be a huge problem with a lot of technicallness where we had day-to-day typical people who really wanted to collaborate with us, but their companies would not allow them to work on open source projects,” Torvalds said. “Teaching those people it is actually okay to have developers to be involved in the process, and actually put the company name in there so that outside developers see that, ‘hey, that company is actually doing something good.’ I think that is one of the things that has changed.”

Torvalds also discussed his thoughts on how to improve security in wake of the Equifax data breach last week. Hackers gained access to sensitive data for up to 143 Americans, including social security numbers, driver’s license numbers, home addresses and birth dates.

“I’m one of those people who will tell everyone the concept of absolute security does not exist. Even if we do a perfect job, which we try but let’s be honest, we will always overlook some detail where a smart person comes along and says, hey, there is a bug I can actually take advantage of,” Torvalds said.

“Will we ever get to a perfect world? No, but I’m not actually worried. As a technical person, I’m always very impressed by some of the people attacking our code. Sometimes I get the feeling that these smart people are doing really bad things that I wish they were on our side, because they are so smart. That is where I want us to go, where we try to get as many of those smart people before they turn to the dark side,” he continued.

Speaking on the next generation of developers, Torvalds talked about how open source projects are capturing the right people early for a highly specialized field:

“We have a ton of new people. In order to get into the kernel, you have to be interested in a kind of low level coding that most people just aren’t interested in. I don’t think the kernel will ever be something that we would want to teach in high-school class just because it is still esoteric enough to find strivers,” he said. “It’s fairly esoteric and you need a special kind of education to care. At the same time, because it’s so esoteric, the number of people who care may be a small percentage, but thanks to the internet, we can capture that. Because being open source means people can play with linux, we get a larger percentage of the people who are interested in these kinds of low level projects.”

The five worst cyber attacks of 2017