RCR Wireless NewsIntelligence on all things wireless.
YOU ARE AT:BusinessTech community rallies on net neutrality day of action 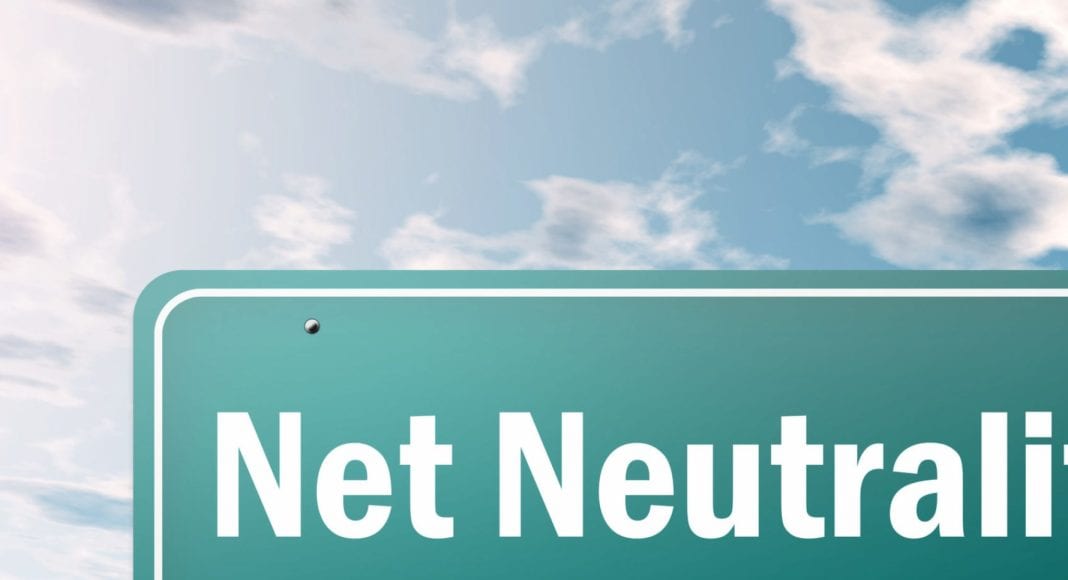 In May the Federal Communications Commission voted along party lines to start the process of rescinding the “net neutrality” rules that treat broadband providers as telecommunications operators under the regulatory authority of the FCC. Republican FCC Chairman Ajit Pai, appointed by President Donald Trump to replace Tom Wheeler, called the proposal a return to “light-touch regulation” and blamed net neutrality regulations for recent reduced network investments among the nation’s top 12 largest internet service providers.

In response, a broad cross section of service providers, major web players and other groups are engaged in a “day of action” today to bring attention to what they see as pending regulations that will serve to hurt consumers.

Former FCC Commissioner Michael Copps, in a statement released through advocacy group Common Cause, weighed-in: “The Trump Administration’s fake net neutrality scheme is a ridiculous illustration of the price we pay for the outrageous influence of money in politics. Two years ago, millions of Americans took to the streets and to the internet to win historic open internet protections. They beat the likes of Comcast and Verizon then, and today they are mobilizing for victory again because there can be no compromising online free speech.”

Nonprofit firm MapLight, which analyzes the influence of money in politics, released research noting that Comcast, Verizon, AT&T and National Cable and Telecommunications Association “have spent $572 million lobbying the federal government since 2008 on issues that include net neutrality.”

According to the group, the FCC’s forthcoming decision on net neutrality “will be a clear indicator of the power of corporate cash in a Trump administration. Public sentiment is on the side of keeping the Obama administration’s net neutrality policies, which prevented internet companies from blocking, slowing or giving priority to different websites.”

While AT&T is called out by MapLight, the service provider is indeed participating in the day of action, albeit in a manner outside of the mainstream. According to blog post penned by Bob Quinn, senior executive vice president of external and legislative affairs, wrote: “This may seem like an anomaly to many people who might question why AT&T is joining with those who have differing viewpoints on how to ensure an open and free internet. But that’s exactly the point – we all agree that an open internet is critical for ensuring freedom of expression and a free flow of ideas and commerce in the United States and around the world. We agree that no company should be allowed to block content or throttle the download speeds of content in a discriminatory manner.  So, we are joining this effort because it’s consistent with AT&T’s proud history of championing our customers’ right to an open internet and access to the internet content, applications and devices of their choosing.”

But AT&T’s idea of net neutrality doesn’t correspond to the net neutrality rules adopted by the FCC under Wheeler. Quinn wrote that those rules “subject broadband service to an 80-year-old law designed to set rates in the rotary-dial-telephone era. Saddling modern broadband infrastructure and investment decisions with heavy-handed, outdated telephone regulations creates an environment of market uncertainty that does little to advance internet openness. Instead, it jeopardizes the prospects for continued innovation and robust growth we have witnessed since the internet’s creation.”