RCR Wireless NewsIntelligence on all things wireless.
YOU ARE AT:Internet of Things (IoT)Mojio at MWC 2017: Partnerships Are Driving Connected Vehicles 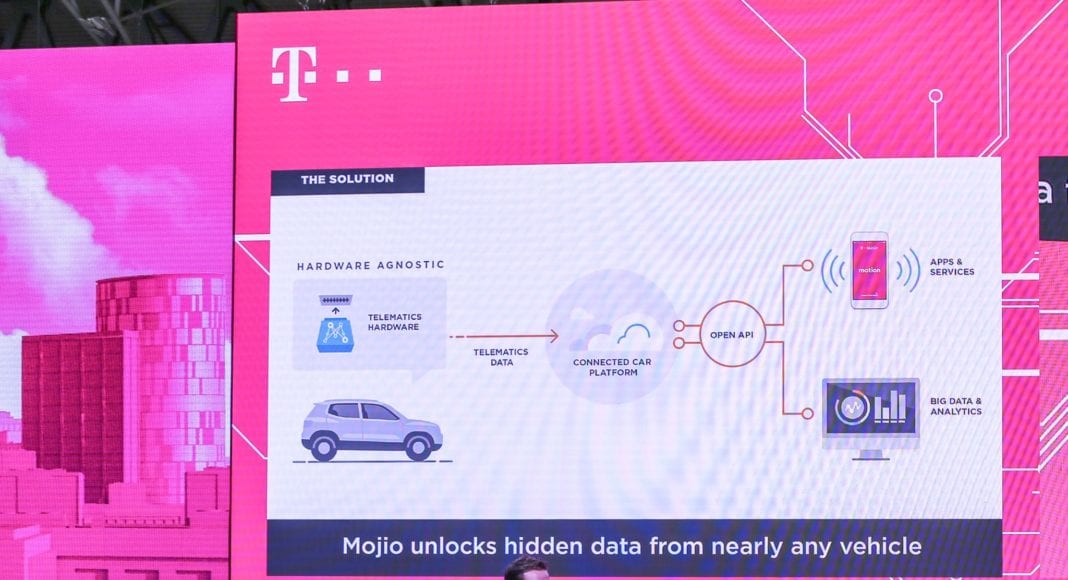 Can carriers connect a billion cars? They can and they should!

It’s the afternoon of day two at Mobile World Congress 2017. A vision of a smarter, more connected car ownership experience immerses the crowd, as the telecommunications, automotive and software industries converge inside Deutsche Telekom’s booth. For anyone who has attended a recent conference like MWC 2017 or CES 2017, this kind of industry crossover doesn’t come as a surprise. Connected vehicles continue to be the hottest topic of conversation from San Francisco to Detroit, Paris to Stuttgart, and Shanghai to Tokyo.

Meanwhile, in Barcelona, Claudia Nemat (Member of the Deutsche Telekom AG Board of Management, Technology and Innovation) takes the stage and shares the company’s key focus with partners in 2017: connected cars. Her message: there are more than a billion unconnected vehicles being driven across the globe; the business opportunity for carriers is arguably the largest since the early days of the smartphone. With a branded connected car service, carriers can connect more devices (add more SIMs), drive more bandwidth consumption through in-car Wi-Fi hotspots and improve customer loyalty, all with the simplicity of adding a “new line” from a consumer perspective. This is quickly becoming the key growth strategy for carriers of all shapes and sizes.

In North America and Europe alone, Mojio estimates an addressable market of more than 500 million vehicles. Reaching this kind of scale isn’t a pipe dream though — it’s a necessity to bridge the gap between today’s unconnected “dumb” vehicles (also called the aftermarket) and the truly “smart”, autonomous driving experience that will come much later this century. Bringing connectivity and services to previously “dumb” vehicles makes a connected car experience attainable and affordable.

Mojio is on a mission to give every vehicle a voice. A crucial part of that mission is enabled by the company’s cloud computing technology and mobile apps, but mass consumer adoption is the real key. This is why cellular carriers are at the core of this “new approach to telematics”. The Mojio way is open, scalable and hardware agnostic, enabling carriers to maximize the lifetime value of every connected car subscriber they add. Mojio’s approach also puts the consumer in the proverbial driver’s seat when it comes to getting value from the solution and deciding how they want to use their driving data.

“The old telematics model had multiple industries competing for the same OBD-II port, often with a single value proposition such as an insurance discount,” said Mojio CEO Kenny Hawk. “Our open ecosystem enables tech partners like SAP and Amazon Alexa, or service providers like insurance carriers and roadside assistance providers, to tap into the growing base of carrier subscribers via our cloud platform.”

Why aren’t the auto manufacturers winning in the aftermarket?

There are a few answers to that question, but one key reason is that the OEMs are not software companies. Processing huge amounts of driving data in the cloud or delivering an amazing user experience in an app are not part of their core competencies. The unfortunate status quo is a 3 to 5 year design cycle from concept to market.

Consider this: in a period of just a few months (not years), T-Mobile, Mojio and ZTE facilitated an on-time, on-budget nationwide launch of T-Mobile SyncUP DRIVE, the Un-carrier’s all-in-one connected car solution. This three-way partnership allowed each party to focus on what it does best: Mojio on the data and software, ZTE on the hardware and T-Mobile on the marketing, sales and retail distribution.

This is a disruptive approach, requiring a willingness to collaborate and move fast. But it’s working, and the opportunity for carriers is enormous. Daily sales are exceeding expectations and forecasts are growing. Mojio expects to have more than 500,000 connected vehicles on its cloud platform by the end of 2017, breaking through the multi-million vehicle mark in 2018.

Founded in 2012, Mojio is the leading open platform for connected cars. We are on a mission to give every vehicle a voice, harnessing automotive data to empower people, businesses and cities with peace of mind.