RCR Wireless NewsIntelligence on all things wireless.
YOU ARE AT:Internet of Things (IoT)Security is a major challenge to smart city adoption 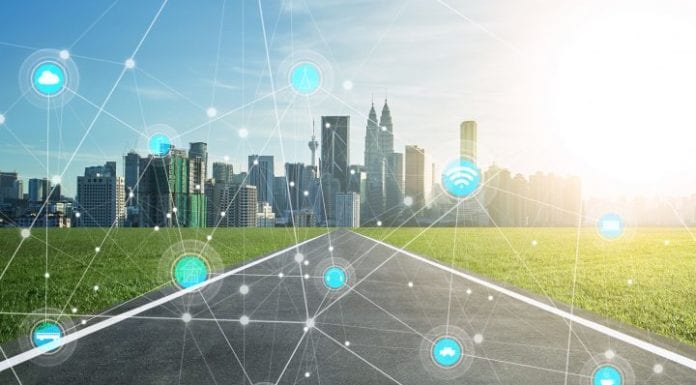 Security is a major challenge to smart city adoption

Along with interoperability, securing the internet of things is a major priority in a smart city

WASHINGTON–Advances in communications technology, primarily reduced costs of devices and computing power, has set the stage for the internet of things to transform urban areas into smart cities, which harness technology to create efficiencies and improve quality-of-life.

But there are some major concerns that need to be addressed as smart city technologies are deployed, Petros Mouchtaris, president of Vencore Labs, explained in a talk during the IEEE GLOBECOM 2016 event.

He outlined three areas of risk: interoperability; device cost and lifespan; and security. “From my perspective, that’s maybe the biggest area of concern.” Mouchtaris explained that, generally, a low-cost device with a small amount of memory often equates to rudimentary security functions. Further, IoT devices are difficult to patch due to scale and accessibility, as well as the norm of IoT device builders using third-party security measures, meaning an expertise in security architecture isn’t naturally built into an IoT device.

“But things are not hopeless,” he said. Standardization could help, although the multi-party nature of standardization processes means fragmented ideas and agendas could derail comprehensive security efforts.

Another approach, which Vencore is pursuing with DARPA, is the “concept of taking security functionality outside of the IoT device and maybe adding a separate infrastructure. You try to keep the cost of the IoT device low, so you want to take functionality off of it if you can. If the IoT device gets compromised and your security capabilities are running on the device itself, then your security capabilities are also compromised. Can you create some devices that are security appliances that you can deploy throughout the smart cities and use them to monitor IoT devices?”

He said an early version of this concept, SecureSmart, has been deployed on smart grids that are located on poles with the intelligent energy equipment. “They monitor the wireless spectrum and they identify the wireless signals being emanated by smart meters. We monitor for the wireless traffic, then we look for anomalies in those behaviors” indicative of a security issue.

Mouchtaris reiterated the importance of securing the IoT given the huge growth in device numbers. “When I was growing up, it used to be where there was maybe one intelligent, connected device for a lot of people. We’re moving towards having a much larger number—six devices per person on earth projected by 2020. Obviously, in developed societies…the number might be higher. In the U.S., for example, we expect to probably reach hundreds of devices per person in the not too distant future.”

Based in Chantilly, Virginia, Vencore Labs is a subsidiary of Vencore Inc. focused on designing and developing mission critical communications services to defense, civilian and intelligence customers.