RCR Wireless NewsIntelligence on all things wireless.
YOU ARE AT:5GVerizon set for deeper dive into IoT in battle for network market... 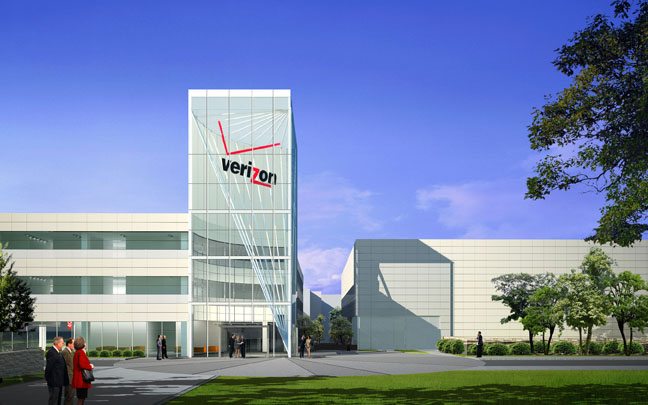 Verizon is set to further its dive into the IoT space with planned network trials later this year and enterprise-focused consulting service launch in early 2017.

DALLAS – The “internet of things” may still be a nebulous concept to many, but the growing number of networks looking to support the market seems to indicate expectations on its potential.

While proprietary networks like Sigfox and LoRa are moving quickly to meet initial IoT demand, the bigger IoT picture will likely include established telecom operators relying on more open and standards-based technologies like LTE-based narrowband-IoT.

Speaking at this week’s 5G North America event, Faraz Shafiq, associate managing director for global IoT practice at Verizon Enterprise, said those early network moves filled a gap and need in the market caused by the rapid application and innovation development pace that occurred before policy and enterprises could react.

However, despite that head start, Shafiq feels the business case for companies looking for larger-scale IoT platforms will marginalize those proprietary solutions to more localized efforts. For enterprises looking for quality of service guarantees or a worldwide scale, Shafiq said platforms provided by the likes of Verizon are likely a better option.

“As narrowband-IoT expands, the use cases and adoption will be much faster,” Shafiq said, adding roadmaps for proprietary platforms could align with the broader industry, but that new applications and innovation probably won’t be seen as extensively in proprietary platforms.

That conclusion was somewhat echoed by fellow panel member Javan Erfanian, DMTS at Bell Canada, who added he would like to continue seeing various IoT network platforms in the market in order to address specific use cases, and that he hoped the proprietary platforms “will adapt so their value is not lost.”

“I am not here to dismiss one or the other, but instead want to see how we can move forward with the best platform to meet requirements,” Erfanian added.

Some analyst agree on the limited lifetime of proprietary IoT-based networks, explaining those providers will need to get out in front of the market as quickly as possible in order ferment any sort of long-term play, which will likely include consolidation.

Bringing analytics to the table

Another advantage touted by Shafiq was the ability for larger telecom operators to tap into analytics platforms in offering actionable information on data generated by IoT devices.

Verizon Communications plans in the IoT space are set to ramp as the telecom operator is set to begin NB-IoT network trials later this year. The carrier is also on deck to launch its IoT Fast Track platform early next year, which Shafiq said would target small- and mid-sized enterprises with help in getting started in the IoT space. The platform is said to offer consulting-like services as well as the option to have Verizon implement a service.

“Big companies have already adopted IoT or have plans to adopt,” Shafiq explained. “I think we will see more of these types of services from carriers.”

Hilton from MachNation noted that while the opportunity is there for established telecom operators to add value through analytics, it’s a matter of internal investment plans and mindset at those operators, as well as external regulatory forces increasingly sensitive to security concerns.

“Carriers have the analytics technology. The question is, do carriers want to monetize the value of their IoT network traffic using analytics,” Hilton said. “The answer to this question depends on the number and quality of data scientists a carrier wants to devote to IoT; the internal sensitivities that the carrier has toward monetizing its network data; and any possible regulatory issues preventing a carrier from monetizing IoT network data. Tier-one carriers have the tools and the people: the political sensitivities are significant.”

As for other opportunities and challenges going forward, Shafiq cited agriculture and energy management as industries most likely to take advantage of IoT platforms over the next two years, with health care and connected vehicles seen as opportunities further down the road. Challenges mentioned were similar to those offered up by other show panels, with security noted as a particularly tricky hurdle.

Shafiq noted the diverse set of devices already connecting to wireless networks is putting pressure on security issues, which could be easily tackled with simple password changes. He noted Verizon was looking to work more closely with device makers to prompt new passwords when devices are first connected to a wireless network, noting it’s “a simple component, but has a large impact.”

Established telecom rival AT&T recently launched a network trial of LTE-M technology is San Francisco targeting the IoT space. The initiative, which the carrier claims to be the first in North America, includes help from Altair, Ericsson, Qualcomm, Sierra Wireless, U-blox, Wistron NeWeb and Xirgo in the site deployment, with pilot participants set to include Badger Meter, CalAmp, Capstone Metering, PepsiCo and Samsung.