RCR Wireless NewsIntelligence on all things wireless.
YOU ARE AT:5GGoogle sees CBRS spectrum band as key for 5G, new model for... 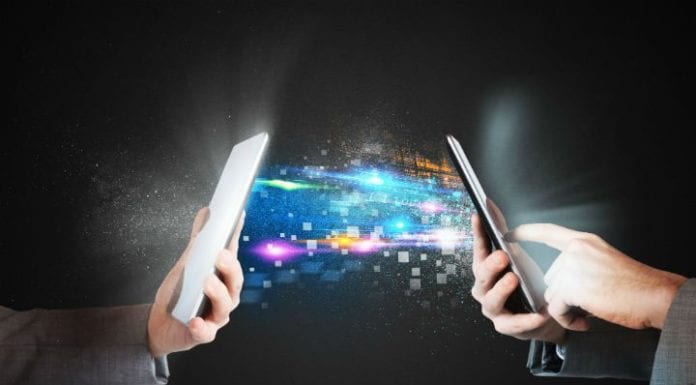 DALLAS – Google’s quest to shake up the telecommunication industry’s long-held view on spectrum ownership appears set to ride the coattails of 5G.

Speaking at this week’s 5G North America event, Preston Marshall, engineering director for Alphabet Access at Google, based a discussion on the internet search giant’s attempt to oversee the Spectrum Access System set to be the intermediary on spectrum sharing in the 3.5 GHz band. With this model, Marshall said the traditional role of telecom operators spending billions of dollars to gain control of specific spectrum blocks is no longer valid.

“This changes what spectrum ownership means,” Marshall said. “There is no owner.”

Marshall noted the SAS model looks to include three tiers of spectrum usage across 150 megahertz of spectrum in the 3.5 GHz to 3.65 GHz band comprised of federal and non-federal incumbents, priority access licensees and general authorized access users. Access would be under a flexible model taking advantage of technology to reduce interference between users.

“Wireless is defined by spectrum policy, not by technology,” Marshall said, adding the industry continues to define spectrum by the name regulators have placed on it like personal communications services and advanced wireless services.

The 3.5 GHz band is now in the hands of the Department of Defense for use in certain radar installations, as well as by non-federal fixed satellite service earth stations for receive-only, space-to-earth operations and feeder links. The somewhat limited propagation characteristics of the 3.5 GHz band are thought to be a good fit for the dense deployment plans for small cells and would likely limit interference with current users.

Google is not the only company looking to oversee the SAS system, as Federated Wireless has also put its name into the hat.

Google has joined a pair of industry organizations looking to influence the CBRS space, including the Wireless Innovation Forum and more recently formed CBRS Alliance. Marshall seemed to indicate his preference for efforts around the WIF, which also was less expensive to join as a member at $10,000 as opposed to $25,000 for the CBRS Alliance.

Interest in the 3.5 GHz band is growing among the telecom space, with the band seeming to be considered one of the “low-band” options in support of 5G services expected to have a high reliance on spectrum bands above the 25 GHz level. While the 3.5 GHz band would be considered high band for current network deployments, Marshall cited the somewhat limited propagation characteristics of the 3.5 GHz band as an advantage, noting the spectrum sets up well as a floor-by-floor option for enterprises and venues.

“Imagine if every floor of an office building had access to 150 megahertz of spectrum,” Marshall said.

While traditional wireless carriers have expressed interest in the 3.5 GHz spectrum, Marshall said he thinks the killer application for the band is a neutral host concept, noting the benefits of having robust spectrum support using common backhaul and common management of devices not tied to a single network provider. This nontraditional model could also play into the evolving usage model of wireless services, with Marshall explaining most growth is happening indoors, which could be difficult for established mobile operators to tackle using standard deployment models.

“The cellular model does not work indoors,” Marshall said. “No one is going to let four carriers pull dark fiber to this room.”

Marshall also touted benefits for the vendor community of the CBRS band and neutral host model, noting the customer base grows from just the four nationwide wireless operators to thousands of enterprise and venue owners.

One sector that could be put out by the effort are engineers versed in traditional wireless network deployment models. Marshall explained that instead of continuing with current cellular rules, the CBRS band will rely on software to mediate interference and fair usage concerns.

“We want to get rid of LTE engineers and use software people to deal with coexistence between network usage,” Marshall said.

Google’s history in attempting to shape spectrum policy also included its heavy lobbying and partial participation in the Federal Communications Commission’s 700 MHz auction proceedings in 2008. The company successfully lobbied the FCC to include open-access provisions on a chunk of spectrum eventually won by Verizon Wireless, and even participated in the bidding action on the spectrum until it reached a predetermined value triggering the provision.