RCR Wireless NewsIntelligence on all things wireless.
YOU ARE AT:5GLTE Advanced Pro enables Gigabit LTE on path to 5G 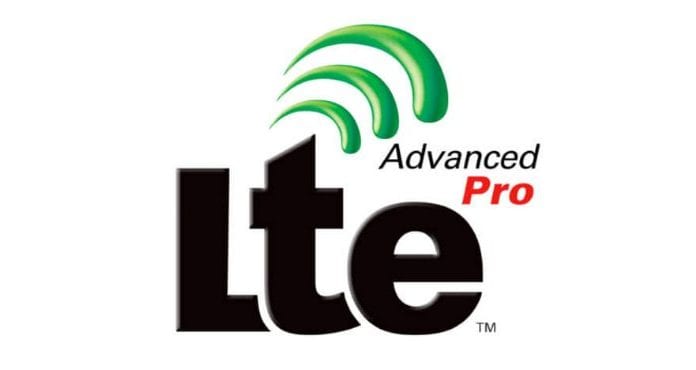 Although 5G has not been fully defined, the next-generation wireless connectivity standard will certainly provide multi-gigabit data throughputs by tapping into carrier aggregation, massive MIMO and simultaneous use of licensed and unlicensed spectrum. However, on the path to 5G, the LTE Advanced Pro standard is already using these techniques to provide Gigabit LTE.

Qualcomm, in addition to playing an important role in the standardization process, as well as the R&D behind the underlying tech, launched the LTE Advanced Pro-capable Snapdragon X16 LTE modem in February, and expects the first wave of commercial products to ship later this year.

The X16 modem is the first commercial modem to support Gigabit LTE up to 1 Gbps—that’s LTE Cat 16—by using four antennas to simultaneously receive 10 LTE data streams boosted to around 100 Mbps each through advanced signal processing.

“While you may be surprised that we’ve arrived at this era of Gigabit Class LTE so soon, it is in fact closer to reality than you may realize,” Qualcomm Technical Marketing Staff Manager Sherif Hanna said. “We expect the first devices featuring the Snapdragon X16 LTE modem to be available in the second half of 2016, on networks that support their advanced capabilities.”

Gigabit LTE will prove a boon to many important applications such as immersive virtual reality, reframing cloud storage as an infinite extension to local storage, instant availability of apps without the need to download anything, and faster access to video, music and other content types.

LAA, building on LTE-Unlicensed, will play an important part in Gigabit LTE, as it will bolster the telecom industry’s ability to offer the service. By combining an anchor of costly licensed spectrum with free-to-use unlicensed spectrum, operators of nearly all sizes and resources can deliver Gigabit LTE.

Qualcomm pioneered LTE-U, along with LAA and MulteFire, which Hanna called “truly transformative technologies. They forever change how mobile networks are deployed, and open the door to more network capacity and faster speeds for users. LTE-U and LAA technology, combined with advanced antenna and digital signal processing techniques, enables operators worldwide, with as little as 20 megahertz of licensed spectrum, to use LTE carriers in unlicensed spectrum to offer Gigabit Class LTE service.”

In the context of evolving network technology to 5G, the advancements in antenna density ahead of massive MIMO, use of unlicensed and licensed spectrum, and the more advanced carrier aggregation techniques contained in LTE Advanced Pro represent an important stepping stone. 5G won’t come to life all at once; it will result from a phased introduction that allows network operators to fully leverage investments in LTE and Wi-Fi. So, while multi-gigabit speeds are still a few years from commercialization, Gigabit LTE is very real.

“Welcome to the era of Gigabit Class LTE,” he said.
Click here to download a detailed presentation on LTE Advanced Pro and its role in creating 5G.

Qualcommhttps://www.qualcomm.com/invention/technologies/5g
Mobile is already the biggest technology platform in history, and 5G technology has the opportunity to expand it even further by transforming people, societies and industries. Much more than higher peak rates, Qualcomm envisions 5G as a way to enable new services, connect new industries and devices, and empower new user experiences. 5G networks will play a key part in creating the connectivity fabric for everything.