RCR Wireless NewsIntelligence on all things wireless.
YOU ARE AT:5GReader Forum: Public safety networks and the path to the smart city 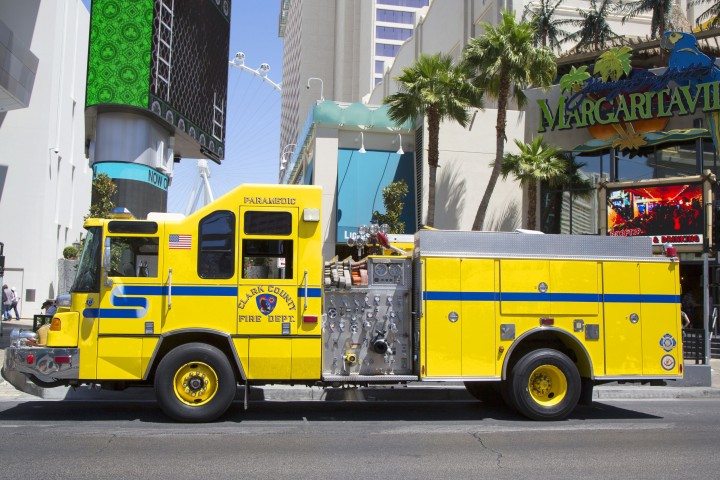 Reader Forum: Public safety networks and the path to the smart city

The concept of the smart city is not particularly new. In the past couple of years, however, it has come into vogue as the growing trend toward urbanization has raised significant questions about how city governments will be able to deliver critical services to their fast-growing populations in future. The smart city, by definition, will need to leverage a range of technologies to deliver on the promise of more connected, ubiquitous, automated delivery of a wide array of essential municipal services, from traffic management to policing to waste collection to health care. But what technologies are most critical to the smart city evolution? As important, what is the right starting point for that evolution?
For many governments, a step in this direction is the modernization of their public safety networks to broadband. Why? Emergency response is arguably the most important service any city government can deliver. Responding to crimes or civil disturbances, delivering urgent medical attention to sick or injured city residents and visitors, providing relief in disaster situations whether natural or man-made – these are all services for which we expect governments to take responsibility. This is why we are already seeing municipalities around the world exploring how best to enable broadband services for first responders.
Municipalities see the need for broadband networks that can support capabilities such as real-time video streams and deliver critical data such as building schematics, biomonitoring of first responders and a range of other information. Existing public safety radio networks cannot deliver these capabilities, and so governments are moving taking a two-pronged approach to modernizing their networks through the renovation of their backhaul and data transport capabilities – typically with internet protocol/multiprotocol label switching and packet microwave transmission technologies – and rolling out LTE networks to provide the mobile broadband link to first responders. In fact, we are already seeing activity around the implementation of LTE for public safety in cases like Korea, the United Kingdom and Dubai, and the use cases for broadband grow every day, such as the emerging need to develop means of managing the use of drones to support both public safety and smart city scenarios.
The modernization of municipal public safety networks has also provided a variety of other benefits to local governments. For instance, many cities have found the benefits of IP/MPLS technology so compelling that they have begun to transition a wide variety of municipal services onto these networks. Because these networks can support a variety of services simultaneously, they provide an ideal way to consolidate what have traditionally been purpose-built networks deployed to support each municipal service. Eliminating those “silos” can substantially reduce costs, both in terms of initial capital expenditures and ongoing operations and management expense.
Of course cost efficiency is not the only reason for cities to modernize their public safety networks (although that certainly does have its attractions). Rather, the introduction of true mobile broadband networks will enable amazing multimedia emergency service applications. Imagine having high-quality video streaming to multiple recipients at the same time for situational awareness in an emergency.
The kinds of mission-critical voice and data services I’ve described rely on extremely robust networks, which feature extremely low latency, clear qualify of service differentiation and stringent security capabilities. Fortunately networking technologies are now available that can meet these requirements, and today’s packet microwave and IP/MPLS networks are really just the first step in the evolution to true mobile broadband, with upgrades to LTE soon to come. Networks being deployed today already offer the potential to support completely new public safety use cases and applications. These technologies also serve as the foundation for the move to “5G” technologies, which is just around the corner.
We also need to start looking at public safety from a wider perspective than the traditional voice and text messaging with handsets between first responders. With the development of the “internet of things,” billions of sensors and automated alarms or warning systems – all providing real-time data – will become a reality. These connected sensors will supply a wide array of information that can be analyzed and shared over a common mobile broadband network. Think of road safety, for example – connected cars are constantly signaling to each other and to control centers about the road conditions and potential hazards, in turn delivering real-time warnings to other passengers. Think of connected sensors that monitor water levels and warn about floods in advance, or sensors that can track levels of pollution, smoke, heat or noise – all of which could signal hazards to local residents.
The resulting big data will increase the collective intelligence of our cities, facilitating forward planning and enabling faster response. We’ll also see health-related wearables and associated applications that can help assess the condition of people involved in incidents to help guide the preparation of hospital staffs and medical field technicians.
While public safety networks will become increasingly robust, resilient and secure, they will also be extremely flexible, capable of supporting a myriad of services and applications simultaneously. While public safety may initially be the driver for this modernization, the resulting networks can (and almost certainly will) carry much more mundane services. Basic services such as waste collection, reading of meters, management of parking availability, notifications of leakage in municipal water systems and much more can all be carried on the same network. In this sense, the network effectively becomes the brain and nervous system of the city, which will become smarter and more automated as more advanced technologies are introduced.
The most exciting thing is that this process is already underway. The future may be closer than you think.

With more than two decades of experience in the industry, Thorsten Robrecht has established himself as a passionate leader, focused on generating growth by leveraging new technologies and market disruptions. In his current role, he’s responsible for Nokia’s Advanced Mobile Networks Solutions business – a pivotal component of the company’s Mobile Networks Business Group. Previously, while leading the company’s Partner Business Unit and Mobile Broadband Portfolio & Product Management, he played a key role in several new business incubations, optimizing and growing Nokia’s global product portfolio, including through major mergers, divestments and acquisitions.
Editor’s Note: In an attempt to broaden our interaction with our readers we have created this Reader Forum for those with something meaningful to say to the wireless industry. We want to keep this as open as possible, but we maintain some editorial control to keep it free of commercials or attacks. Please send along submissions for this section to our editors at: [email protected]