RCR Wireless NewsIntelligence on all things wireless.
YOU ARE AT:BusinessSon rise for the internet of things 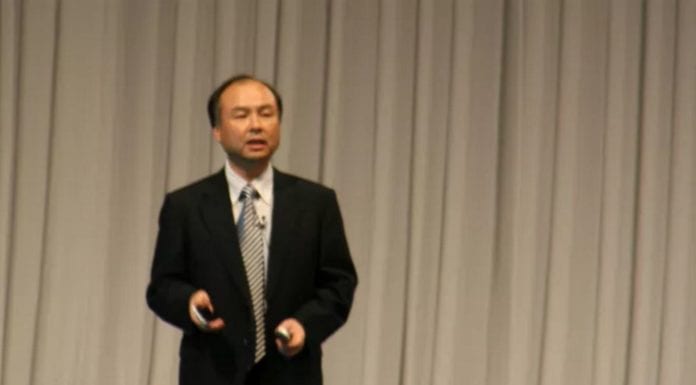 Son rise for the internet of things

The “internet of things” looks to have received a massive vote of confidence as one of the boldest technology investors of the past two decades, Masayoshi Son, agreed to buy ARM Holdings, a pivotal developer of IoT technology, for more than £24 billion ($32 billion). The deal represents a 41% premium above ARM’s all-time high share price.
There is virtually no overlap and few synergies, if any, between Son’s SoftBank group and ARM. That means the £24 billion bid is a huge bet by the Japanese company that the market has severely underestimated the value of the U.K.-based designer of microprocessors – the chips that control smart devices. Most investors don’t agree as SoftBank’s shares fell about 10% following news of the deal.
Who is right depends in large part on how fast the IoT develops over the next five years. ARM’s microprocessor designs, which are used in virtually all mobile phones, are now being adopted for IoT applications. As they consume little power, microprocessors based on ARM’s designs are seen as well-suited to controlling devices that depend on batteries, such as automotive components or environmental monitors. ARM estimates its designs now underpin about 25% of the microcontrollers, smart cards and embedded connectivity chips in the embedded intelligence market, which includes automotive, white goods, wearables, smart devices in industrial and utilities (see graphic). Some 200 companies have licensed ARM processors for use in embedded intelligence devices.

Crucially, a huge body of software has now been written to run on ARM processors and developers are very familiar with its microprocessor technology and its capabilities. That gives the company a strong grip on the market for low-power processors. ARM’s technology has become a de facto standard for smart devices that depend on batteries. Even Intel, with its considerable financial firepower, has found it very hard to weaken that grip.
Although some commentators have speculated that Intel, Samsung or even Apple will make a counterbid for ARM, that seems unlikely. ARM’s business model is predicated on being a neutral player in a ferociously competitive sector. ARM doesn’t compete with its customers. It licenses its chip designs to semiconductor manufacturers, who don’t want to be dependent on a competitor for such a key piece of technology. Being owned by a semiconductor maker would undermine ARM’s business model.
In any case, if Intel were to bid for ARM, for example, antitrust issues could arise as Qualcomm would be faced with licensing intellectual property from its archrival. Similarly, if Apple were to buy ARM, the Android ecosystem would become dependent on its main competitor for a vital piece of technology. By contrast, SoftBank’s primary assets are much higher up the value chain – it owns major mobile operators in Japan and the U.S. (Sprint), as well as stakes in a clutch of internet companies. For SoftBank, the ARM deal looks like diversification in recognition that technology companies may be better placed than telcos to benefit from the rise of the “internet of things.”
“This is one of the most important acquisitions we have ever made, and I expect ARM to be a key pillar of SoftBank’s growth strategy going forward,” said Son.

The more things change, the more they stay the same

So, how will the acquisition change ARM and its technology? SoftBank says ARM will continue to be run as an independent company and will pursue its existing strategy, including its push into the enterprise and embedded intelligence markets. SoftBank says it will use its “deep industry expertise and global network of relationships” to accelerate adoption of ARM’s intellectual property across existing and new markets. In truth, that seems fanciful – ARM is deeply embedded into the global semiconductor industry (both in Asia and the U.S.) and has its own network of relationships. ARM already claims more than 1,300 partners.
SoftBank is also promising increased investment, specifically in engineering talent and complementary acquisitions. SoftBank believes such an investment strategy will be easier to execute as a nonlisted company. In other words, ARM’s senior management team will be able to pay less attention to quarterly results reporting and more attention to long-term strategy. That is probably true, but within limits – SoftBank itself is listed, meaning that it won’t be able to pump major amounts of money into ARM without intense scrutiny from its own investors.
SoftBank also promised to at least double the number of staff employed by ARM in the U.K. over the next five years. But this is seen as really a political gesture and a sop to the U.K.’s jitters about its economy following the vote to leave the European Union. Given the intense war for engineering talent, it makes sense for ARM to continue to focus its hiring in Europe where it faces less direct competition from the major U.S. and Asian chipmakers.
In summary, this proposed deal isn’t expected to be an industry changer. In some ways, it could cement the existing order by helping to ensure that ARM remains a neutral force and can become a de facto standard for the “internet of things” as it has in the mobile phone sector. That could be good for the IoT, which needs more standardization to generate economies of scale and facilitate interoperability. Developers, in particular, will be able to reuse code across multiple devices and applications. Although SoftBank investors aren’t cheering, this deal could garner applause by the wider “internet of things” ecosystem.

David Pringlehttp://industrialiot5g.com/
A highly experienced and accomplished business and technology journalist, David Pringle runs Pringle Media, which provides analytical, writing and editing services to organizations in the telecoms, media and technology sectors. A regular moderator of panel discussions at major industry conferences, David has worked on Mobile World Live television at the past six editions of the Mobile World Congress. Based in London, David also serves as an associate director at research and advisory firm STL Partners. Prior to founding Pringle Media in 2009, David worked at the GSMA, providing media relations support to the CEO, chairman and other senior executives in the mobile industry. Between 2000 and 2005, David was the European technology and telecommunications correspondent for The Wall Street Journal covering Vodafone, Nokia, Ericsson, British Telecom and other major multinationals. He has also served as deputy editor of Information Strategy, a pan-European title owned by The Economist Group.

Planning to Play in 5G? You’ll Need a Bigger Sandbox