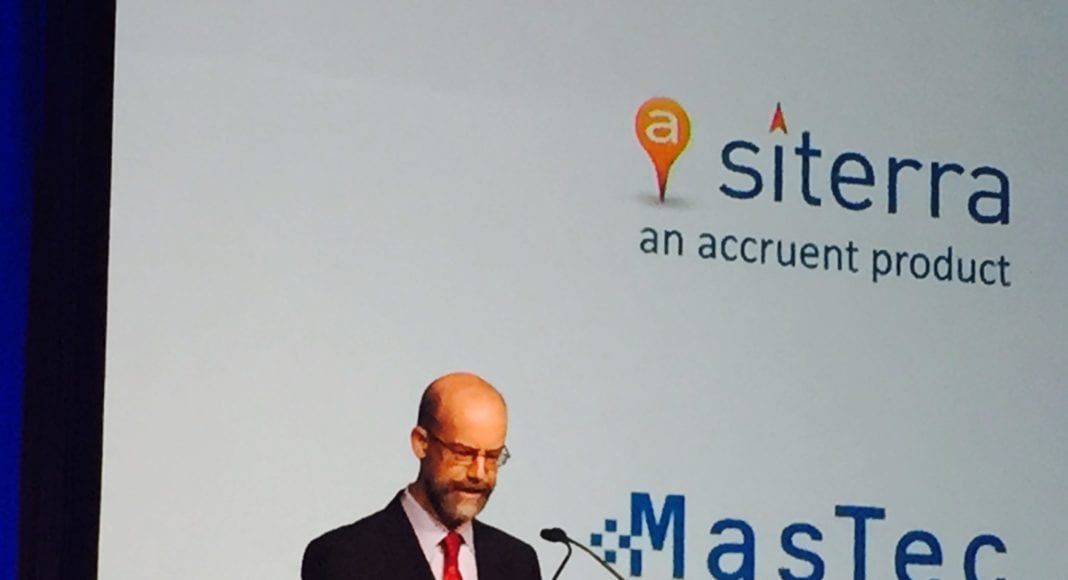 7 key takeaways from the Wireless Infrastructure Show
PCIA completed its last Wireless Infrastructure Show. From now on, the annual event will be a production of WIA – The Wireless Infrastructure Association. PCIA has rebranded itself as The wireless Infrastructure Association to better reflect the nature of its membership.
That membership showed up in full force last week in Dallas for a full agenda of presentations, exhibits, meetings and social activities. Below we outline seven key takeaways from the show.
1. Carriers are spending less on their networks than they have in recent years. Tower company executives portrayed the shift as a cyclical dip rather than a fundamental change, and noted carriers are still keeping crews busy with tower amendments. This activity should continue, and even increase, in the months ahead as towers will need new antennas to support massive multiple-input/multiple-output technology and eventually the 600 megahertz spectrum that is being transitioned from broadcast TV to wireless.
Significant carrier spending is shifting to network densification efforts, especially outdoor small cells. Several speakers last week pointed out that small cells often rely on tower base stations, so they are not a replacement for towers. But small cell spending may be replacing some tower spending in carrier budgets.
2. Tower companies are holding firm on price. Carriers are asking tower companies to lower their rents, but for the most part tower owners are secure enough to refuse. Towers located at least half a mile away from the nearest site may be the most immune to pricing pressure from the carriers. According to analyst Jennifer Fritzsche of Wells Fargo, American Tower scores the highest marks here, with a quarter of its towers at least half a mile from the nearest site.
Even when a carrier could theoretically move to a nearby tower, contracts often tie the operator’s hands. American Tower mentioned its contracts with Sprint had insulated it from some of the carrier’s “iDEN churn,” the decommissioning of cell sites that accompanied the shuttering of its iDEN network.
3. Companies are paying close attention to relationships with municipalities. “We’re finding that we need to work with localities in a positive way and respect and work with them to address their concerns,” WIA CEO Jonathan Adelstein told his audience during his welcome remarks. The theme was echoed in the following presentation by Dave Mayo, SVP at T-Mobile US.
“We’ve got to find a way to work with municipalities such that we can get quick access and industrialize our ability to deploy small cells,” said Mayo, who added he also is concerned that some companies are being “a little too cavalier in some instances and messing up our ability to deploy small cells.”
Steven Marshall, president of American Tower’s U.S. tower division, highlighted the need to maintain good relationships with municipalities as well. Marshall said he worries some city governments will decide to “pull down the blinds” while they evaluate their policies, and will stop talking to any companies about deployments in the rights of way .
4. The wireless workforce is changing. MasTec CEO José Mas reminded his audience that almost all the companies at the show depend on the four nationwide carriers, and those four carriers know their U.S. customer base is becoming more diverse. Mas said this is why carriers see the value in hiring a diverse workforce, and in seeking out diversity in their suppliers and contractors.
Diversity is also important when it comes to skill sets for the wireless workforce. During the Wireless Workforce Panel, Bluestream COO Matt Glass pointed out that software skill sets will become increasingly important as carriers roll out software-defined networks. Marty Travers, president of Black & Veatch’s telecommunications division, said workers who develop a holistic understanding of wireless networks will be able to integrate different solutions and will have opportunities to advance their careers and challenge themselves.
5. Cable companies are making their way into wireless infrastructure. Digital Bridge CEO Marc Ganzi told the well-attended Wireless Investors Panel he is running into cable operators as competitors when he bids for new business. Digital Bridge owns a controlling interest in distributed antenna system and small cell specialist ExteNet Systems. Bluestream’s Glass also mentioned cable operators as potential owners of small cell infrastructure.
Cable operator Cox had a booth on the WIA exhibit floor. The company is offering strand mounts, pole mounts and ground cabinets to support small cell deployments. The strand mounts are meant to offer operators a way to reduce the cost and time needed for deployments by eliminating the process of negotiating the right to attach cells to poles or rooftops.
6. Point-to-multipoint wireless is being deployed as a fiber alternative. Carriers typically prefer fiber, but there are use cases for point-to-multipoint. Cambridge Broadband Network Solutions said it is deploying PMP on small cells as a temporary backhaul solution carriers can use until they can put fiber into place. CBNL, which is 15% owned by Samsung, is also working on a small cell designed to integrate PMP backhaul.
7. Private equity investors are interested in small cells and DAS. There are lots of questions about how to value these assets, but very few public deals to offer guidance. Investors are looking for assets that can replicate the tower model, with multiple carriers on one system. So far, there have been no U.S. deployments of outdoor small cells that support more than one carrier, so the infrastructure that can be shared is the fiber and in some cases the structure that supports the small cell(s).
What did we miss? Let us know.

LMT, RBF to bring maritime 5G to the Baltic Sea