RCR Wireless NewsIntelligence on all things wireless.
YOU ARE AT:CarriersT-Mobile EIP program scrutinized by investor group 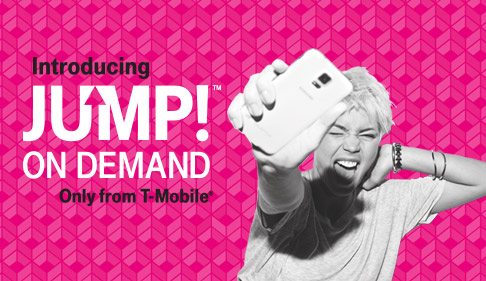 An investor group is asking Deutsche Telekom to take a closer look at T-Mobile US accounting practices linking how DT’s U.S. subsidiary ties executive bonuses to financial assumptions of device equipment installment plans.
CTW Investment Group sent a letter to DT CEO Timotheus Höttges questioning T-Mobile US financial statements from 2014 and 2015, which it claims includes a reduction in “allowance for credit losses – as a percentage of equipment installment plans receivables – far below the typical level in prior or subsequent periods.” CTW noted the reduction “occurred even as the information available to [T-Mobile US] clearly indicated that the quality of its EIP receivables was deteriorating and the risk of future credit losses was increasing.”
CTW, which claims to work with pension funds sponsored by unions affiliated with Change to Win Federation of unions, said the move resulted in a $122 million boost in earnings between the fourth quarter of 2014 and the third quarter of 2015, or about 23% of net income. Following previous accounting practices would have reduced T-Mobile US’ reported net income by 11% in 2014, and 13% in 2015.
The letter notes the accounting differences resulted in T-Mobile US executives being “excessively rewarded in 2014 and 2015, given the distorting impact of the suppressed allowance for credit losses on key performance metrics.” CTW said it fears such accounting practices could draw the attention of “state and federal regulators.”
CTW noted its investigation has found T-Mobile US attempting to rectify the situation by migrating customers from its JUMP EIP program to equipment leases under its JUMP on Demand program.
“But lease accounting also distorts the metrics that shareholders and analysts rely on in making investment decisions,” CTW states in the letter. “It also distorts the benchmarks the [T-Mobile US] board relies on to incentivize and reward executives. The management board should be careful to assure themselves that [T-Mobile US] is providing an accurate picture of its financial condition and is rewarding executives for performance – not questionable accounting assumptions.”
Citing numbers from the Better Business Bureau, CTW claims T-Mobile US’ EIP program resulted in consumers being unaware that they would be on the hook for any outstanding balance on a mobile device if they decided to switch away from T-Mobile US. This resulted in the carrier accounting for the highest rate of customer complaints – adjusted for market share – lodged with the Federal Trade Commission and BBB regarding unexpected billing and debt collection practices. 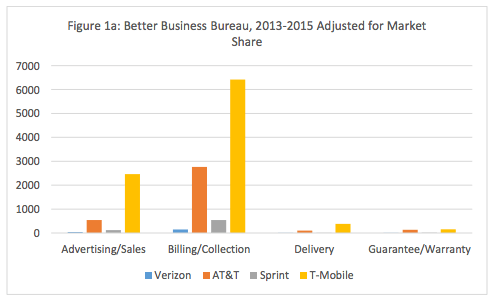 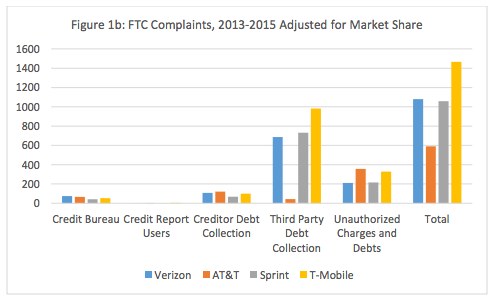 T-Mobile US in its most recently quarterly conference call said it was seeing greater uptake of its EIP program compared with leasing during the first quarter. The carrier noted just 14% of new device sales during Q1 were through a leasing plan, explaining its sales team today is just better at selling its EIP product. T-Mobile US did not comment on the CTW claims by press time.
T-Mobile US is not the first carrier to be questioned regarding accounting practices tied to device payment plans. Craig Moffett of MoffettNathanson recently questioned Sprint specifically about accounting practices tied to its device leasing program, noting the carrier sourced 71% of its earnings before interest, taxes and depreciation from “accounting distortions” during the fourth quarter of 2015. Moffett said the accounting distortions started when carriers moved to device financing instead of subsidized pricing, and Sprint’s financials became even further divorced from reality when the carrier started leasing devices.
“Things really went off the rails when Sprint started doing leasing and I wouldn’t be surprised to see others start doing leasing because of the distortion, or benefit, that Sprint has gotten,” said Moffett. “On an as-reported basis, Sprint looks like it’s growing [earnings before interest, taxes, depreciation and amortization] at just under 30% and it looks like it’s trading at 5.7-times EBITDA, not an unreasonable number. But if you adjust for all the accounting nonsense, Sprint is actually growing EBITDA at negative 30% and it’s actually trading at 12-times EBITDA.”
Bored? Why not follow me on Twitter