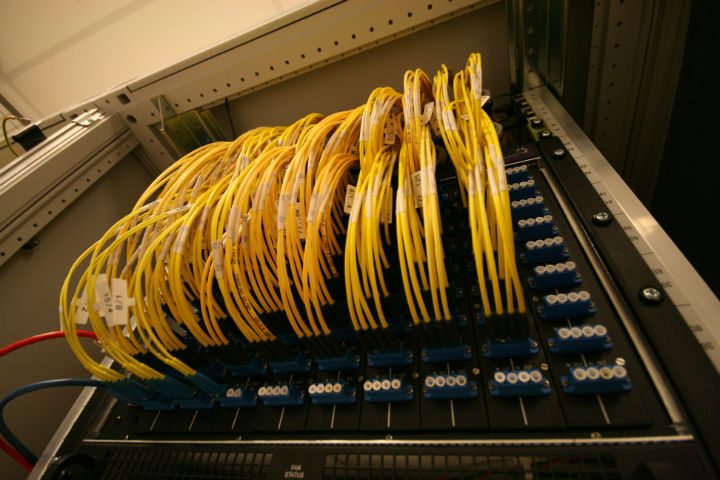 AT&T’s focus on tapping software to enhance its network is set to include the telecom operator’s optical fiber infrastructure.

Andre Fuetsch, SVP of AT&T’s Domain 2.0 Architecture and Design, said the company was tapping software control and open hardware to its reconfigurable optical add/drop multiplexer network switch, as well as launching the Open ROADM group in an attempt to foster vendor support for the technology. Fuetsch explained by using software control, the ROADM switch would be able to automatically scale bandwidth to network needs, or in the case of optical line the ability to move traffic from congested lines to those with more capacity.

“In most ROADMs today, there are particular ‘lanes’ dedicated to each wavelength of laser light that comes into the switch,” Fuetsch wrote in a blog post. “You can’t easily move signals to less congested lanes if traffic gets heavy on the original path. That’s where software control comes in. Software-controlled ROADMs can automatically detect and adjust bandwidth. They can move traffic to different lanes as needed. These software-controlled ROADMs can turn capacity up or down, route around trouble and come back online quickly when there’s a failure.”

AT&T notes it currently operates what it thinks is the largest software-controlled optical network of its kind in the world.

As for the open hardware aspect, Fuetsch said AT&T would prefer to virtualize the ROADM devices as the company is doing under its previously announced plans to control 75% of its network with software by 2020, “but the laws of physics still apply.”

“You’re working with lasers: a physical medium,” Fuetsch explains. “So you need a physical device that can accept and reroute those signals.”

Instead, AT&T said it would open the ROADM specifications in a move to broaden its vendor portfolio, which is currently limited to just a handful of “specialized hardware manufacturers,” and limits interoperability. By opening the specifications through the Open ROADM initiative, AT&T is looking to speed up the pace of deployment.

“In a major metro area like Chicago or Dallas, for example, we’ve generally had to rely on a single vendor’s equipment to manage all optical traffic in that area,” Fuetsch said. “You can’t mix and match according to capability or price. That needs to change.”

AT&T said it has already listed the first set of standards on the openroadm.org site, with founding members having already successfully tested a prototype of the hardware.

“We encourage more companies to join this effort,” Fuetsch added. “We’ve done a lot of research and development on ROADM technology, and we want to share that expertise.”