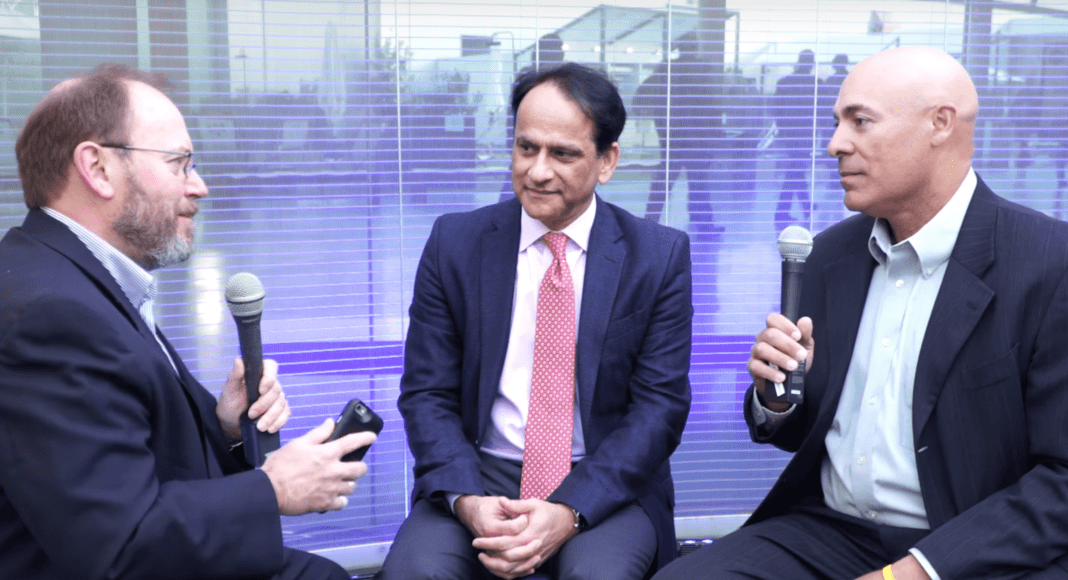 Network functions virtualization has come a long way in the last year, according to experts, who have noted movement from discussion to actual deployments on live networks.

“It’s actually pretty exciting to see what’s going on,” Mota said. Since last year, “What we’re seeing this year is real deployments. You see the value of it now.”

Mota said carriers are going after “low-hanging fruits,” like virtual evolved packet core deployments and virtual consumer premise equipment for managed services. “These use cases are becoming real compared to last year where it was a lot of PowerPoints,” Mota said. “Now we’re seeing a lot of value.”

“One of the big differences that we started to see about a year ago is that NFV and the way that people think about the way to build their networks has really moved out of the evangelism phase,” Ahmed added. “It’s moved very much into a mainstream part of every operator’s thinking.”

Ahmed said Affirmed has taken on 35 commercial deployments over the last year.

David Wright, VP of operations for VMWare’s Telco NFV Group, explained carriers are in varying stages of production deployments ranging from single-appliance deployments up to advanced cloud technology deployed in both the core and edge.

“We’re definitely at the stage now where it’s becoming mainstreamed and carriers are having repeated successes,” Wright said. “Carriers in many markets are experiencing a lot of margin compression. At the same time, they’re needing to bring services to market much faster. Often they will look at their mobile core and say, ‘why don’t I just move that into NFV, build out my [IP multimedia subsystem] solution, my voice-over-LTE, my virtual packet core … and be that much faster and agile in the market.”

The emphasis on edge deployments, to some degree, is a simple matter of geography: if content lives one hop from the end user, it’s more simple to deliver it quickly.

Vasona CTO Rui Frazao, formerly the longtime director of network engineering for Vodafone, discussed the value of mobile edge computing to consumers and operators in a video-dominated world.

“Edge computing and virtualization are a new infrastructure that will help the operators to be more agile and flexible in addressing the change in user behavior,” Frazao said. “Some applications can be much better served at the edge rather than at the traditional core of the networks.”

Cam Cullen, VP of global marketing for Procera Networks, discussed how operators are realizing that digital transformation requires strategic investment to understand “where they can best affect transformation. For example, understanding where in their network is the most congested.”

Those are the places where early virtualization investment should go, Cullen said.

Operators want to know, “how is my subscriber behavior changing?” Cullen gave the example of Periscope. “New applications, literally within weeks, can change the patterns on your network,” Cullen said. “They need to understand first what’s happening on their network. Do I need to manage my network now because it’s congested where it wasn’t before.”