RCR Wireless NewsIntelligence on all things wireless.
YOU ARE AT:5GEricsson CTO on 5G: telecom and IT industries are merging 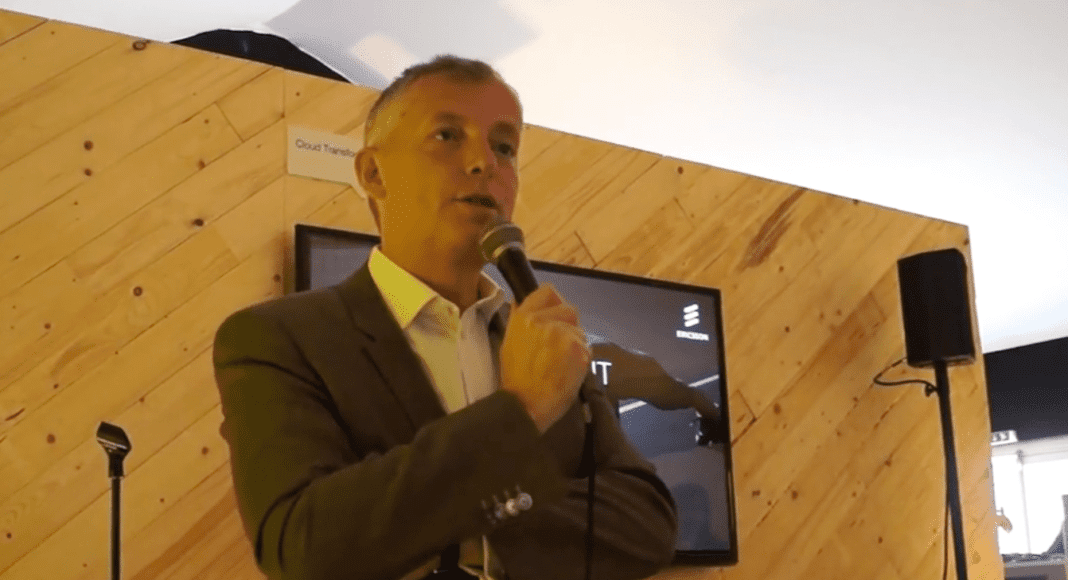 Ericsson CTO on 5G: telecom and IT industries are merging

BARCELONA, Spain – “We want to connect all these devices in the world, through a network, to all the clouds in the world,” said Ulf Ewaldsson, SVP, group CTO and head of Ericsson’s Group Function Technology, during a press event at this week’s Mobile World Congress event.

Ewaldsson laid out Ericsson’s vision for “5G,” which it said will see telecommunications networks merge with IT stacks to support massive projections for data growth. Ewaldsson described six broad use cases the company sees for 5G: sensors everywhere; broadband and media everywhere; smart vehicles and transport; infrastructure monitoring and control; critical control of remote devices; and interactions between humans and the “Internet of Things.”

“We all know that cellular technology of all kinds is being built into vehicles,” Ewaldsson explained. “5G is embracing that. As we discuss about the driver assisted evolution of vehicle and transport industry, as well as eventually, perhaps, autonomous driving, all of that will rely on some kind of very fast, responsive technology. 5G is a good fit.”

To achieve this goal, Ewaldsson said “we need some really big architectural vision. This will be an evolution of course of the 4G world we live in today.” One part of this vision is network slicing, which the executive said “will be allocated based on this very horizontal network,” giving the example of an automakers cloud contacting a particular vehicle to transmit a specific amount of data with defined parameters.

The clouds, Ewaldsson said, “can specify a slice. It actually makes sure that transaction is completed in a safe and well-done way, then it’s closed down again. These network slices make it possible for the network to allocate resources for a particular need.”

Ewaldsson also discussed that despite 5G standardization not expected until approximately 2020, Ericsson and many other industry players are working ahead. That includes testbed work with 20 global partners, so far achieving downlink speeds in excess of 25 gigabits per second using advanced beamforming and beamsteering technology coupled with multi-user multiple-input/multiple-output technology.