RCR Wireless NewsIntelligence on all things wireless.
YOU ARE AT:Chips - SemiconductorTrends in single-mode LTE chips: Q&A with Altair 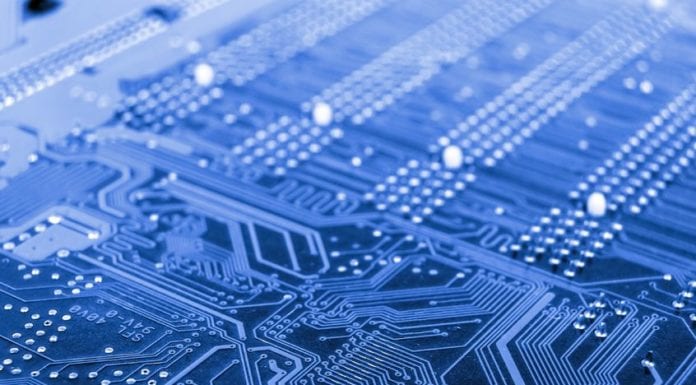 RCR Wireless News spoke with Eran Eshed, co-founder and VP of marketing at Altair, on the evolution of and trends in single-mode LTE chips. This interview has been edited and condensed.

RCR Wireless News: How have you seen the market for single-mode LTE chips evolve?

Eran Eshed: The whole paradigm was always about, obviously, LTE and about lower cost and lower power – but there was always a coverage issue. Until you solve that, that really hampered deployments, and only when coverage started getting into the 95%-plus on Verizon and then AT&T, and now T-Mobile US and in Japan and Korea – did single-mode really start gaining attention.

One application is the broadband market, which is characterized by high speeds, 100 [megabits per second] and beyond – Cat 3, 4, 6. It’s ever increasing and the kinds of applications are things like laptops, dongles, broadband [hot spots]. There the deployment has been very much U.S.-centric, and we as a single-mode LTE chip company always had to explain why less is more, and it wasn’t always easy. Basically, having a fallback is always good, because if you suffer from areas in which you don’t have coverage, you can always fall back. In phones that was mandatory. We did carve a market, we and some of our competitors carved out a niche.

The other market that we’ve become involved in is IoT. IoT – it’s a single word, but it represents numerous markets and segments. But actually, single-mode LTE is the de facto connectivity solution because of cost and power and even size. We’re competing with Qualcomm and Intel, with chipsets that are four-times as big and consume 10-times the power because they are derivations of multi-mode smartphone chips, where our chips are specifically LTE-only.

RCRWN: How are single-mode LTE chips different in terms of testing and cost?

Eshed: They simply lack the 2G and 3G functionality, which means that from a testing and certification standpoint they’re lower cost and lower effort to certify and testing. The test plans from the carriers always include an LTE part and a 2G/3G/4G part, and in many cases the interworking and handovers between these different technologies. If you have LTE-only, that cuts your testing scope dramatically. It’s a much shorter time and it costs less. Some of the labs and IoT vendors charge just obscene amounts for testing, and if you can shave off a week, or two weeks, or a month from your testing, you’re basically shaving off hundreds of thousands of dollars, which eventually would be amortized in the cost of the chipset or the module. So not only the direct cost of the silicon is lower, but the testing and certification becomes much simpler.

RCRWN: What are some of the products in which single-mode LTE chips are used?

Eshed: One of our best-selling products was a chipset inside a tablet that was sold by Verizon last year, a 4G tablet at a very affordable price with LTE connectivity. We have chipsets in a desktop modem that is being deployed by SoftBank in Japan. Another example is the IoT modules that are based on IoT chipsets, which enable things like connected bicycles, basically people tracking their bicycles in large cities in case they get stolen. All kinds of smart city applications, like sensors that report the level of waste in a trash bin; telematics devices in cars that track their locations; and support applications such as usage-based insurance. Once you’re able to get the cost of the module as well as the cost of the certification past a certain point, it just becomes a universe of use cases.

RCRWN: Where do you see the market for single-mode LTE chips heading?

Eshed: If we’re talking about the higher categories, the broadband stuff – it’s a reality and we’ll see it expanding as coverage expands. It’s reality in the U.S., Japan, Korea and some emerging markets, but when LTE coverage is as good or better than 3G, we’ll start seeing LTE-only phones, and for the types of devices that have 3G today it wouldn’t make any sense to add costly and unnecessary 3G. And 2G is already being sunset.

IoT is much more dynamic. We’re seeing Cat 1 being very much adopted by many, many carriers and we’ll see products activated with Cat 1 this year, this quarter. The networks are capable. For Cat M [Editor’s note: an IoT-focused feature coming in LTE Release 13 being finalized this spring], it could be 2017 to 2018, but there’s work to be done, networks to be upgraded and interoperability testing and chipsets to become available. That will take a little more time.

RCRWN: How do you think LTE will fare against other IoT connectivity solutions?

Eshed: I think it really depends on the requirements and the use case. There’s not a single answer to address all use cases. On a general note, I will say that you have to make a distinction between short-range, and mid-range and long-range. Bluetooth or Zigbee or mesh or Wi-Fi are good enough when it’s a closed area in a home, in a factory, but when these links cannot address the needs – such as if the product is mobile, or outside or requires a long-range connections to a cell because there is not infrastructure nearby – that means that you need a long-range technology. There, there are two camps, the standards-based camp, which is basically LTE, and the proprietary camp where you will find a handful of different IoT technologies such as SigFox, and LoRa and Ingenu. They have no ecosystem, they operate over unlicensed spectrum, quality of service cannot be guaranteed, and maybe more importantly they aren’t deployed yet, they’re still building the networks. Maybe if you are on a farm in Iowa and you need some kind of system to monitor where your cows are roaming and grazing, maybe those are good enough. But if you’re talking about a city that has hundreds of thousands of connections, street lamps, cars, bicycles, smart meters, sensors – I don’t see any other way than relying on a technology that has a solid foundation and an ecosystem.

France ends October with over 30,000 authorized cell sites for 5G