RCR Wireless NewsIntelligence on all things wireless.
YOU ARE AT:BusinessSmartphone growth rate slated for single digits in 2016 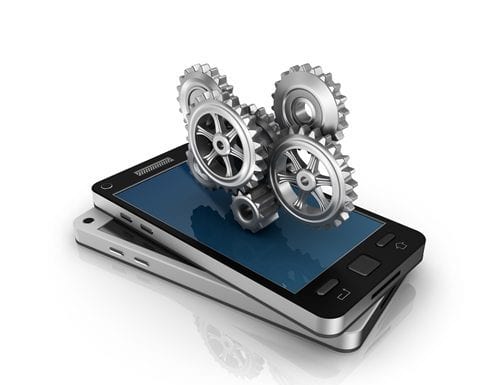 Market research firm IDC says that 2015 will be the first full year of single-digit growth in the global smartphone market.

According to the company, worldwide smartphone shipments will grow 9.8% in 2015 to a total of 1.43 billion units.

The company says, “The slower growth is expected to intensify slightly over the 2015-2019 forecast period and is largely attributed to lower shipment forecasts for Windows Phone as well as “alternative platforms” (phones running operating systems other than Android, iOS, and Windows Phone).”

The Windows phone, Microsoft’s foray into the handset space, is a loser, IDC says. “Despite all the effort Microsoft has put into the launch of Windows 10, IDC does not expect Microsoft’s share of the smartphone OS market to grow much over the coming years. In 2015, IDC expects the average selling price (ASP) of Windows Phones to be $148, which is $71 lower than Android’s ASP of $219. This was brought about by the Microsoft/Nokia push into the low-end mass market. While this approach helped drive shipments up to 34.9 million units in 2014, IDC is forecasting a year-over-year decline of -10.2% in 2015, followed by further decline in 2016. The weak results can largely be attributed to the lack of OEM partner support.”

The report from IDC also says that the Chinese market is slowing down and “has largely become a replacement market. As a result, shipment growth in China is only forecast to be in the low single digits. The Middle East & Africa (MEA) region will see the highest growth in 2015 with shipments expected to increase nearly 50% year over year, surpassing “hot growth” markets like India and Indonesia.”

“With the smartphone market finally slowing to single-digit growth, maintaining momentum will depend on several factors,” Ryan Reith, IDC program director, said. “The main driver has been and will continue to be the success of low-cost smartphones in emerging markets. This, in turn, will depend on capturing value-oriented first-time smartphone buyers as well as replacement buyers. We believe that, in a number of high-growth markets, replacement cycles will be less than the typical two-year rate, mainly because the components that comprise a sub-$100 smartphone simply do not have the ability to survive two years. Offering products that appeal to both types of buyers at a suitable price point will be crucial to maintaining growth and vendor success.”