RCR Wireless NewsIntelligence on all things wireless.
YOU ARE AT:Network InfrastructureNew York prepares for surge in small cell deployments 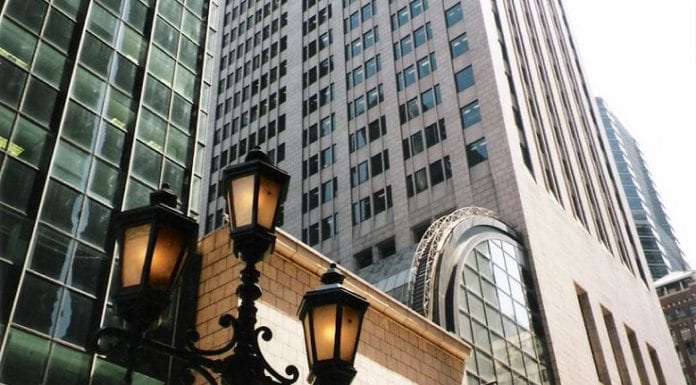 New York City is preparing to solicit bids for new city streetlight poles that can accommodate more small cells, hoping to capture carrier spending before mobile operators lose patience with the city and turn to commercial property owners to secure sites. More than 2,200 cells have already been deployed in New York, and the city’s senior wireless strategist has another 8,800 applications on his desk from carriers and from systems integrators like Crown Castle, ExteNet Systems and Mobilitie.

“Just Sprint alone, in New York City, wants over 2,000 new small cells in an 18-month period, and in order for them to do that they are going to have to look at the use of locations at which they may have to place small cell equipment in multi-tenant type structures,” explained city wireless strategist Alphonso Jenkins, deputy commissioner for telecommunications planning.

Jenkins left Alcatel-Lucent to join the city’s telecom and IT group this year, and one of his first initiatives has been an effort to replace a significant number of the city’s 250,000 streetlight poles.

“In many areas of Manhattan … we’re already saturated for independent small cell use on a streetlight pole. … I’m looking to exchange these poles for multi-tenant poles where we could have small cells located in the base or the neck of the streetlight pole, thus accommodating four carriers at one time, with fiber coming to the pole.” Ultimate decisions about streetlights will be made collaboratively by a number of city agencies.

New York is currently in discussions with three vendors: Stealth, Sabre Industries and the Philips – Ericsson joint venture that has already won a contract to deploy 100 small cell-equipped light poles in Los Angeles. Jenkins said that New York will be more complex than Los Angeles.

“We have landmark areas, we have historic areas, we have areas where the streetlight poles change their character based on the neighborhood, much more so than any other city that I’ve ever been into,” Jenkins said. “The idea is to bring the manufacturers in and get them to understand our sensitivity.”

Jenkins wants manufacturers to create designs that mimic the existing streetlight poles and he foresees a need for up to 10 distinct designs. He expects to end up working with more than one manufacturer and plans to talk to additional vendors, though he does not know yet how much the multi-tenant poles might cost.

“I don’t have a price point yet, because we’re trying to figure out whether the system integrators are looking to purchase the streetlight poles in bulk,” said Jenkins. “We’re trying to get pricing from the manufacturers on what are the levels of discounts that [they] would give to the systems integrators if in fact we did decide on one of these poles as being aesthetically acceptable.”

Jenkins said that New York’s Department of Transportation and Public Design Commission are the agencies that will approve the designs.

“The carriers are not going to wait forever for the city to make up their mind,” Jenkins said. “To the extent we don’t, that huge amount of revenue fades into the private sector.”

Tenancy on some of the city’s priciest poles will be roughly $650 per month, Jenkins said. In addition to revenue for the city, the multi-tenant poles could give New York more opportunities to deploy Wi-Fi access points in support of its goal of extending mobile broadband to every city resident.

Shared antennas?
Antennas are going to be a critical part of urban small cell deployments. Multi-tenant streetlight poles may be able to accommodate more than one remote radio head, but they will probably not support multiple antennas.

“The idea here is to have a neutral host and then to have one common antenna and then all the carriers can actually utilize this neutral host and bring their small cell equipment in, utilizing one common antenna that would operate in every single one of the carriers’ frequency bands,” said Jenkins. “The coordination as well as the cooperation from the carriers seems to have gotten a lot better in terms of using these common locations for multiple carriers.”