RCR Wireless NewsIntelligence on all things wireless.
YOU ARE AT:Internet of Things (IoT)IoT, wireless tech set to revolutionize farming 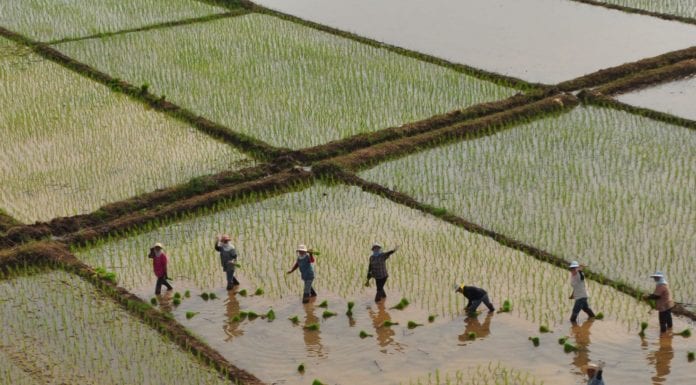 WASHINGTON – Farming, since the days of Babylon and Ur, remained largely unchanged until the mechanization of the Industrial Revolution when machines began to do more work in an hour than 100 men could manage in a day. Now, agriculture may be undergoing the single biggest transformation since that time with the advent of precision farming, which is driving America’s farmers to unprecedented levels of productivity, all thanks to wireless and “Internet of Things” technology.

IoT may have a bigger impact on farming than perhaps any other industry. IoT sensors allow farmers to track crop yields, soil nutrition and rainfall with a previously unheard of level of precision. In a hearing before the Senate Commerce Committee on Oct. 7, Cory Reed, SVP of intelligent solutions for Deere & Co., discussed the huge benefits of precision agriculture. Deere found that precision agriculture technology raised profitability per acre by $5 to $100, and increased overall productivity by 15%.

In a high-risk industry like farming – low reward, but vital to civilization – being able to increase productivity, cut costs and better conserve resources is vital. Yet, while the technology for even higher levels of precision and automation are practicable, America’s farmers are suffering from a lack of wireless infrastructure. At the Senate hearing, anecdotal evidence was presented of farmers having to use the local McDonald’s free Wi-Fi to communicate with their suppliers. They also have to shuffle information between equipment on flash drives because the wireless network in their area is too spotty to be reliable. Reed noted that currently, in rural areas, data transmissions have a 70% success rate, and without improvements Deere expects that to drop to 50% in two to three years.

Despite shortcomings in wireless infrastructure in rural areas, several companies are betting big on the future of precision farming. In 2013, the agricultural giant Monsanto spent $1.1 billion to acquire Climate Corp., which uses IoT and big data analytics to track crop yields.

Reed noted that every piece of agricultural machinery Deere & Co. produces now comes standard with a 3G modem, and the company soon hopes to upgrade that to a 4G modem. Reed also mentioned that while the driverless car has been much discussed, the driverless tractor has been possible for years, and is already in limited use in states such as Florida.