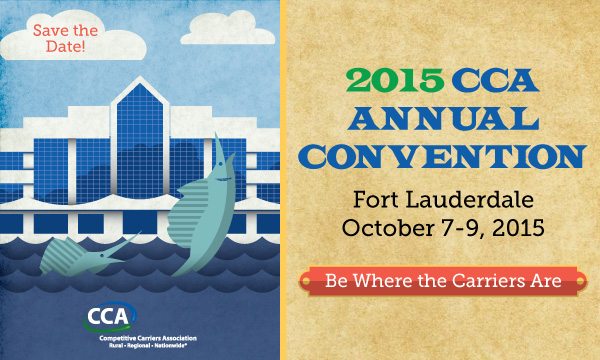 FORT LAUDERDALE, Fla. – The speaker and topic lineup for this week’s Competitive Carriers Association Annual Convention showed a strong leaning toward regulatory challenges facing the trade association and its members. CCA President and CEO Steve Berry laid out a number of those issues in an interview with RCR Wireless News at the event.

The Federal Communications Commission’s upcoming 600 MHz incentive auction was, not surprisingly, one of the most pressing issues, as many see the scheduled proceedings as tailor-made for rural carriers. Following strong lobbying from CCA and its members, the FCC pushed forward with rules that include licenses broken into partial economic area-sized bites favored by rural carriers; up to 30 megahertz of spectrum potentially set aside outside the bidding reach of dominate carriers Verizon Wireless and AT&T; and a 20 megahertz limit on the amount of total reserved spectrum that can be acquired by a single company.

While the spectrum auction remains a dominant topic, Berry touched on continued CCA and regulatory focus on recent reforms of the universal services fund, including continued support for mobility options as part of the FCC reform plans; and the seemingly pro-competitive nature of the current FCC administration, with a few caveats.

Berry also touted CCA’s next get together, which is scheduled for mid-April in Nashville, Tenn., under the Mobile Carriers Show heading. Berry said the move should provide greater clarity for both regular show attendees as well as new technology innovators looking to get in front of mobile carriers that serve more than 100 million domestic wireless customers.