RCR Wireless NewsIntelligence on all things wireless.
YOU ARE AT:OpinionReader Forum: Stadium wireless networks – if you don’t build it, they... 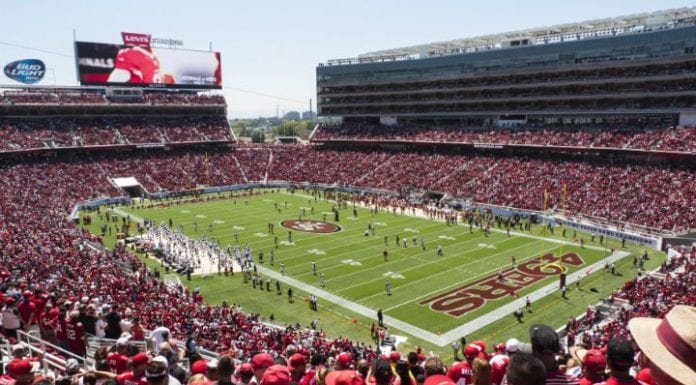 Reader Forum: Stadium wireless networks – if you don’t build it, they won’t come

There was a time when sports fans brought transistor radios to games to listen to the play-by-play while they watched the game. Even then, fans were finding ways to get access to information to improve their in-stadium experience. Today, fans are engaged with smartphones.

Like previous generations, fans rely on the latest technology to review a play, hear (or read) commentary, check the other teams scores, and now share their experience with their friends and family outside of the stadium. And venue managers want to enrich the fan experience by providing as many services as possible for those smartphones. This means that stadiums are undergoing an ongoing evolution in wireless networks and applications.

Consider Levi’s Stadium in Santa Clara, Calif., home of the National Football League San Francisco 49ers as well as Super Bowl 50 next February. The stadium and its wireless infrastructure are only 1-year-old, yet the network is undergoing a complete overhaul to prepare for projected wireless service demand at the big game. Now, the stadium is considering extending the game experience out to the parking lots, so it can offer incentives and information to tailgaters and other fans before they enter the stadium.

Stadiums aren’t just for sports, either, they’re also used for concerts, festivals and other events like monster trucks. At these events, promoters want to engage fans in the same ways, and the free publicity that comes from fans at the show tweeting to social media is an important factor in booking acts. Estimates are that 50,000 fans at a concert will generate 500,000 social media contacts about the event, and you can’t buy that kind of exposure. In turn, the same exposure connects sports fans and builds team brands around the globe.

Wireless networks must evolve because wireless applications are evolving with them. For example, the earliest application was just basic cellphone voice service, but now we have video and data services as well as the applications that run on top of them.

Fans can monitor real-time team and player statistics from smartphones, and in many stadiums they can order food and drinks via the wireless network. The “Internet of Things” also promises new applications for fans as well as stadium personnel. We are already seeing wireless credit card terminals on vendor carts, but imagine an IoT application that directs people to a parking space at the stadium, or monitors the inventory on a vendor’s tray or cart as he or she moves about the facility. Many stadiums encourage fans to take selfies and send them to a Web address where they may be posted on the stadium scoreboard, or to interact in real time, such as voting for the game’s most valuable player. In the future, we may see player uniforms with wearable sensors that detect movement and hits, all of which could be monitored by fans in the stands.

So wireless network capacity and coverage are essential to the fan experience. A few years ago, Major League Baseball looked at all the reasons people don’t go to baseball games, and one of the key reasons was that they couldn’t use their mobile devices and stay connected. For instance, business people won’t go to a “businessman’s special” midweek day game if they can’t stay in touch via tablets and smartphones.

As a result of this evolution, wireless traffic is increasing rapidly. The Super Bowl is the wireless usage star performer of the year. The following season’s traffic typically picks up where last year’s Super Bowl finished and data usage continues to increase throughout the year. Super Bowl 50 wireless network usage could easily top 16 terabytes.

So how is the wireless network evolving to support new applications? The short answer is that they’re getting denser and coverage is expanding. Three years ago, a typical stadium build was eight to 12 sectors. Now, 40 or more sectors is a starting point for designs, with wireless operators adding more capacity than ever. In addition to higher capacity, stadium wireless networks are expanding to include not just stadium bowls and back-of-house areas, but parking lots, walkway ramps, surrounding roads, hotels and eateries.

Another trend is toward consolidating disparate networks with a single gigabit local area network. The trend in newer stadiums is deploying one GPON LAN and connecting everything to it, including wireless and wired networks, by running everything from a distributed antenna system to electric door openers and access control systems. Now, this technique is spreading to existing stadiums that are retrofitting their infrastructure, because venue managers are finding that a single optical LAN can deliver more network capacity with less infrastructure and provide a future-proof high capacity infrastructure that will cover those needs for many years to come.

In short, access to wireless services has become a standard part of the experience at sports and entertainment events for those at the venue and those around the world connected by social and online media. Wireless networks are continually evolving to support increased demand, and venue owners should be prepared to invest accordingly.

Doug Clary is the director of wireless field application engineering for CommScope, with responsibility for global DAS and small cell designs and turnkey services. He has been with CommScope for 13 years through the acquisitions of TE Connectivity’s network business unit in 2015 and ADC Telecommunication in 2010. Prior to joining CommScope, Clary was the director of project management and construction at Cypress Communications where his team was charged with design and construction of over 800 voice and data systems in Class A office space in North America. Prior to joining Cypress Communications, Clary held the position of director of system engineering at Preferred Networks. He has over 20 year of telecommunications experience.