RCR Wireless NewsIntelligence on all things wireless.
YOU ARE AT:PolicyFCC aligns 600 MHz plans with Canada 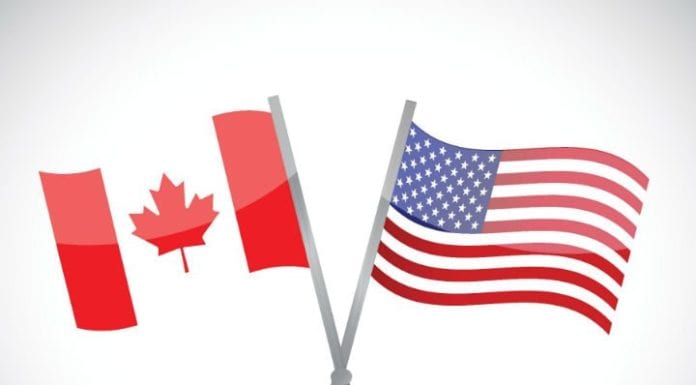 The Federal Communications Commission continues to craft its 600 MHz spectrum plans, with the latest move coming in connection with Canada’s government regulators over harmonizing television and wireless spectrum ahead of the FCC’s planned 2016 incentive auction.

“That means more ‘clean’ spectrum to meet the growing consumer demand for mobile broadband in both countries,” the FCC noted in a statement. “By giving incentive auction participants the confidence that border markets will face less potential interference from Canadian broadcast stations, the [Statement of Intent] will promote more competitive bidding for licenses along the border and in turn encourage more U.S. broadcasters to participate in the auction.”

The FCC reached a similar agreement with Mexico last month.

The planned 600 MHz incentive auction earlier this month received final bidding rules ahead of its scheduled kick off on March 29. The rules include confirmation that 30 megahertz of the at least 70 megahertz of spectrum will be set aside for participants with sparse holdings below 1 GHz, which is expected to eliminate bidding competition for those licenses from the likes of industry heavyweights Verizon Wireless and AT&T Mobility. The reserved spectrum is set to include licenses with the least amount of potential interference issues from television broadcasters that decide to not give up their spectrum holdings as part of the complicated auction’s reverse-auction proceedings.

Canada and the U.S. have traditionally used the same band plans for spectrum assets designed to reduce interference concerns near their border. Canada earlier this year conducted spectrum auctions covering licenses in the 1.7/2.1 GHz band (AWS-3) and 2.5 GHz band that included licenses similar in scope to what has been offered by the U.S. The country conducted a similar auction last year of 700 MHz licenses.