RCR Wireless NewsIntelligence on all things wireless.
YOU ARE AT:Test and MeasurementPost-JDSU split, Viavi's CEO steps down 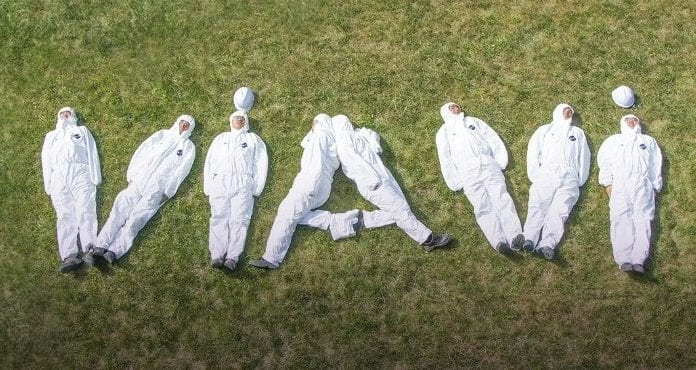 Viavi Solutions has only been operating as an independent entity since Aug. 1, but the company, which inherited JDSU’s network services operations, is seeking a new CEO. Tom Waechter, who led JDSU for six years and through the company’s split, is leaving Viavi for other pursuits.

Richard Belluzzo, chairman of the Viavi board, has been appointed interim president and CEO effective Aug. 11, as the company conducts an executive search. Belluzzo has served on the board for eight years and as chairman for the past two.

“We thank Tom for his contributions to the company since joining in 2007,” Belluzzo said in a statement. “He has led the company through a period of significant transformation, including the successful spin-off of Lumentum Holdings. As Viavi moves forward, we will seek a new leader with strong industry knowledge and customer relationships, technical expertise and operational acumen.”

Waechter’s appointment as leader of Viavi was one of the first pieces of information to come out about the new company, which encompasses JDSU’s network services and enablement as well as optical security and performance.

In an interview with RCR Wireless News last week, Waechter talked about the advantages of the split in being a catalyst for Viavi to view itself as more a startup, but with real customers, real products and the balance sheet of an established company. Waechter noted that the optical security and performance segment had gone through a major restructuring several years ago that pruned out lower-growth, lower-profit products and that it has been a growing source of revenue since then. On the services and enablement front, Waechter said that then-JDSU has been expanding its focus on wireless networks for about the last four years with various acquisitions in wireless, software and analytics. Waechter said he expects the company to maintain its focus on service providers, but also to expand its position in enterprise networks and move further into capabilities for the cloud and data centers.

Waechter said that networks are on the cusp of undergoing a major architecture shift toward software-defined networking and network function virtualization, and that JDSU-now-Viavi has been preparing for that wave and is well-positioned to benefit from it. Many of his comments reflect similar perspectives from Viavi’s first quarterly call.

Belluzzo told investors on that call he is “convinced that our strategy for both [optical security and performance] and [network and service enablement] are compelling, and this solid execution will lead to higher profitability and growth. My immediate focus will clearly be on NSE. Market and customer dynamics have been challenging for NSE, but our execution need significant improvement.”

Belluzzo said that in particular for its NSE segment, Viavi would “pursue aggressively three priorities: improving our go-to-market capability and execution; continuing to make R&D investment decision to put Viavi in a stronger growth position; and better managing our cost structure and infrastructure to drive profitability.”

Belluzzo added during the Q&A portion of the call that he is not interested in the CEO position, but that he took on the interim CEO job in order to keep driving the company forward during the transition period.

“We have to move the company forward with the decisions we need to make to drive the success of the company. So my intent is not just to kind of keep the lights on,” Belluzzo said. “I’ve been involved with this business for a while. I’ve been working with the team. And I think the spin took a lot of energy and lot of effort, and so we’re really going to focus in with this team to move the business forward. A lot of it’s going to be in the way we build out our sales capability,” he added, noting that he has experience in that area.

Along with Waechter’s departure, Viavi is also transitioning to a new CFO. Rex Jackson, who had served as CFO for JDSU, indicated during the process that he would be leaving the company after the split was complete. Jackson is set to exit the company at the end of the next quarter; Belluzzo told investors Viavi was bringing on Amar Maletira in early September to fill the CFO spot. Maletira has more than 20 years of experience in the tech industry, including serving as VP and CFO of Hewlett-Packard’s Americas Enterprise Services group and as CEO of an IT consulting startup.

Viavi is also expanding its board of directors from six to eight, with two more independent directors, as well as the new Viavi CEO once he or she is in place.

On the call, the company reported JDSU’s final quarter of revenue as $427.7 million, with net income of $29.8 million. Revenue was down 4.7% year-over-year, but the company met its guidance. However, Viavi’s stock has taken a hit since the quarterly report and news of Waechter’s departure. Its stock was trading around $6.21 per share on Monday, dropped to $5.85 per share on Tuesday, and fell further to around $5.42 per share in midday trading Wednesday.