RCR Wireless NewsIntelligence on all things wireless.
YOU ARE AT:5GReader Forum: 5G is coming – don’t be distracted by new 4-letter... 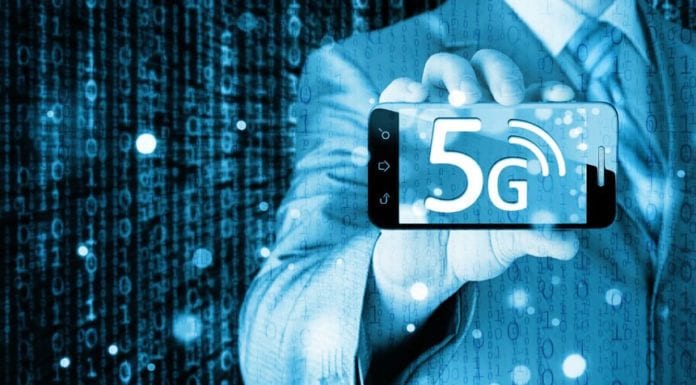 The bigger 5G bang will be in the network

In the first of our series of articles, “5G is coming: Wireless telecoms is dead, long live wireless IT,” we identified flexibility and simplification as two of the key cornerstones upon which future “5G” systems will be built. With advances in software-driven networks paving the way, this will be no more profoundly felt than in the evolution of the network. The big 5G question, however, is: How far will we allow these advances to take us? This fifth generation of technology presents a tremendous opportunity for redefining the network and fixing a troublesome legacy of limited Internet design that has remained fundamentally unchanged over the last 30 years. It is the time to be bold and fix the network for the 21st century. If we don’t do it in 5G, when will ever we do it?

The move from 4G to a 5G network holds the possibility to be as transformative as the invention of the Von Neumann computing architecture back when its foundations were still languishing in Turing’s theory. A move away from special-made hardware, optimized to be good at one thing, toward an architecture that can address basically any computing problem.

Instead of more and more specialized – and therefore complicated – building blocks for yet another “G” definition (5G) must be about simplifying communication with the goal of providing a general infrastructure that marries computing and networking in the same way today’s computers do, yet at Internet scale and beyond. Only such computer-inspired thinking will eventually lead us to the flexibility to run any service over anything, anywhere, anytime. This vision has already brought us smartphones as well as the app economy and it will bring the speed of IT innovation to the 5G “telecoms” network.

Software-defined networking and network functions virtualization are of course important starting points for this journey of the telecom industry, replacing specialized hardware boxes with common off-the-shelf hardware, thus bringing IT thinking deep into the network. Such advances integrate well with those in cloud infrastructure and data center networking, similarly expanding the COTS basis of a general computing hardware platform that is equipped with any software. SDN and NFV are currently driven by major standard organizations, such as the European Telecommunications Standards Institute or the Internet Engineering Task Force, together with initiatives, such as the Open Networking Foundation.

Many important aspects remain to be solved for 5G, such as the interworking of such gigantic computing infrastructures and networks of subnetworks, perceived by their users as a single homogeneous infrastructure that is composed over heterogeneous infrastructure components, likely owned by many individual operators of both traditional and nontraditional varieties. Such so-called multitenancy models will require changes to how control is perceived in 5G, moving from today’s desire to control the known within well-defined constraints toward controlling the unknown, where constraints are discovered just in time across the virtual infrastructure and during the lifetime of the service that is executed on top of an ever-changing physical fabric.

In the EC-funded POINT project (www.point-h2020.eu), we are exploring practical means for introducing information centric networking techniques into virtualized networks.

ICN has been an area of intensive research for the past 10 years. ICN basically turns the inefficient host-oriented 30-plus-year-old ARPANET model on its head. As the name suggests, ICN’s focus is on information and connecting publishers of and subscribers to information in the most efficient manner possible. In some ways ICN is a very natural progression for the Internet in terms of where it has evolved to today. The truth is that the Internet as we know it only works as a result of the deeper and deeper placement of “caches,” or content delivery systems, that has occurred over the last many years. This enables the content we all covet so greatly to be rendered to our myriad of devices in an acceptable manner. ICN takes this much further by building information-centered design into the system fabric itself. This leap has not been possible until now, but with the emergence of the programmable network paradigm (SDN/NFV) a perfect storm is brewing and we believe that ICN now has a real path to a commercial graduation in 5G (or before).

The POINT approach to ICN is uniquely pragmatic. No one is going to switch over to a full native deployment of ICN as one step. Backward compatibility and integration with legacy systems is critical. This is what POINT is all about. In the POINT approach the innovations of ICN can be brought to a single operator wishing to improve upon the operational margins of its current offering, while future-proofing its network for native ICN in the future. As we like to say, POINT delivers a solution that looks like IP, smells like IP but runs better with ICN inside.

Through the introduction of ICN principles in the way the network is operated, the POINT solutions will be able to re-introduce multicast delivery in scenarios of increasing HTTP unicast delivery proliferation, while supporting the flexible and rapid establishment of surrogate content servers,when and where they are needed, in the light of increasing latency-constrained applications in 5G. We believe that this approach will take us a long way toward the satisfaction of key 5G requirement objectives in terms of network throughput increases and latency reduction.

The POINT operator and content provider focus aligns well with the business models found in the current Internet, particularly those for large-scale content delivery, while also enabling future innovations in the space of user-provided content as well as the “Internet of Things.” The KPI-driven approach, together with the goal for at least one or possibly two large-scale trials, will quantify the benefits in a clear and unambiguous manner and therefore provide the necessary backdrop for a pre-commercial deployment and the basis for a push into the larger 5G community.

This piece provided a deeper dive into some of the developments driving the network area of 5G. In many ways we believe the network is the front line in 5G research. The aggressive 5G requirement spec (1,000x, ultra-low latency, etc.) will only be achieved through significant changes to the way in which the network operates. SDN and NFV are critical enablers that will make the introduction of new and better approaches like ICN possible.

In the next article we will explore what is going on in the 5G radio access network. This will include a survey of the new radio interface technologies – new four-letter acronyms – currently under consideration, as well as findings from our recent carrier survey. We will also look at some broader aspects of the RAN where we will present other project activities InterDigital is involved in that demonstrate just how important the network is and how intertwined the RAN and core network are in the emerging vision of 5G.