RCR Wireless NewsIntelligence on all things wireless.
YOU ARE AT:Network InfrastructureSEAT at the table: DAS vendors converge on sports tech show 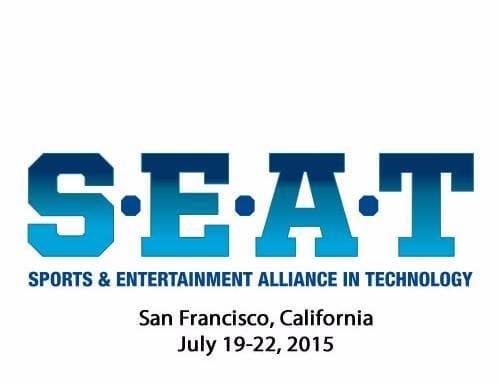 The Sports & Entertainment Alliance in Technology hosts an annual convention for CIOs, CTOs and digital marketing experts from the sports and entertainment world. Most of these executives cannot do their jobs in venues that are not well-connected, and more to the point, many of them know they will no longer have a job if they cannot keep fans connected, even during the most heavily attended events.

Distributed antenna systems are the answer for many stadiums, and DAS vendors have descended en masse on San Francisco this week. Many are event sponsors, exhibitors or both.

“We are thrilled to be at SEAT with those who share our enthusiasm for sports and entertainment, and recognize the importance of connectivity at high-density venues,” said Christos Karmis, president of Mobilitie, a SEAT platinum sponsor. “SEAT provides a unique forum that brings industry leaders in the sporting and entertainment industries together to discuss the latest technology trends.”

“Large public-venue owners have a unique challenge,” said Peter Wraight, VP and GM of SEAT sponsor TE Wireless. “Their properties must meet the amenity demands of tens of thousands of individuals simultaneously and provide differentiated service for guests expecting a luxury experience whether at a casino or a professional sports match.”

The need for connectivity often extends beyond a destination venue into the surrounding metro area. “Metro-DAS” is an emerging trend identified by some vendors, including JMA Wireless, another SEAT sponsor.

“Many metro areas include a mix of sports stadiums, offices, hotels and entertainment venues that require different levels of service over a period of time,” said Todd Landry of JMA Wireless. “In order to provide robust cellular coverage and capacity cost-effectively, facilities are turning to a C-DAS (centralized distributed antenna system) approach. With this type of centralized solution, valuable onsite real estate can be preserved and multiple operators and their corresponding bands can be converged onto a minimum set of fiber. The capacity can be reutilized easily because it redirects sectors from offices normally used during the week to a stadium during game day on a weekend.”

Sharing resources in this way can make DAS affordable for venues that are not large enough to attract carrier investment, but still large enough to need a distributed antenna system. This is good news for vendors since most of the top-tier stadiums already have a DAS.

“The universe for major market/major sports team stadia opportunities is shrinking so the wireless ecosystem is exploring technology strategies and business models to address the next tier, which consists of midlevel colleges (the next wave after the API 25 ranked teams), less-attended professional sports (i.e., MLS) and smaller markets,” said Mike Collado, VP of marketing at SOLiD Technologies. “And just like the “middleprise,” what works in large stadia may not be optimal for this tier. For example, traditional 3PO models are being challenged because there are typically only one or two operators interested in each venue and less sponsorship money available.”

In addition to new business models, DAS vendors are experimenting with new technologies. Collado said that this year SEAT is a showcase for innovative in-building solutions.

“We’re seeing some ‘D-RAN’ deployments, which is a spin on DAS but using RRHs and converged optical transport networks (although traditional DAS gets deployed in stadia using the latter to cover the lions share of the stadium),” he said. “We predict that we’ll see some creative approaches for Wi-Fi offload that are modeled after neutral host.”

CommScope, the world’s largest DAS vendor and a gold sponsor of SEAT, noted that innovation extends beyond wireless connectivity, and that the same equipment can serve multiple technologies in a stadium.

“Digital signage, cellular coverage and security are all seemingly disparate technologies yet they all get connected via structured cabling,” said Jennifer Roback, regional technical director at CommScope, in a blog post. “The modern stadium must have a flexible, standards-based design that allows the stadium owner to use current technology but also be prepared for future needs.”