RCR Wireless NewsIntelligence on all things wireless.
YOU ARE AT:Network InfrastructureWi-FiHow paying your cellphone bill brings Wi-Fi to schools 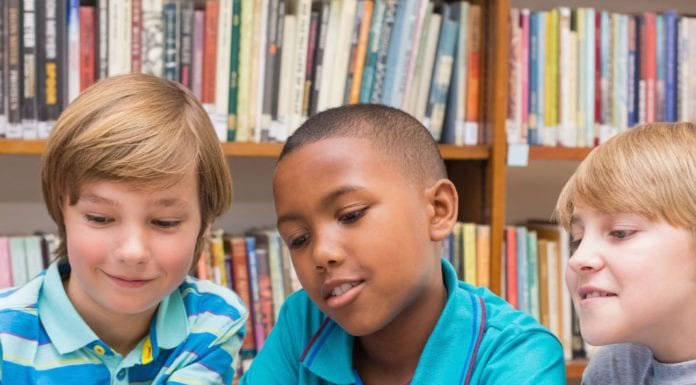 How paying your cellphone bill brings Wi-Fi to schools

Many people who take time to look at their wireless phone bills have noticed the words “universal service” as a line item. This is often the highest tax on a phone bill. It’s used to fund federal programs that support phone service for low-income Americans, extend connectivity to underserved areas and fund telecom and Internet services for schools. Some of this money cycles back to the large wireless service providers when they connect rural areas and schools to broadband, and some of it finds its way to companies that have only recently become part of the cellular ecosystem.

Wi-Fi access-point makers and Internet service providers are tasked with helping bring American schools into the 21st century with scalable connectivity solutions. They do this through a federal program called E-Rate, or the Libraries and Schools Program, administered by the Federal Communications Commission. E-Rate is one of the programs funded by the universal service fund taxes.

“The funding didn’t actually get to the level of expectations that it was hoping to because they got a little bit of a late start in allowing that,” said Bruce Miller, VP of product marketing at Wi-Fi equipment maker Xirrus. Miller said the money that was not spent last year is available for the current year.

“This year we’re looking at probably the peak of the E-Rate funding cycle,” Miller said. “The overall program itself is right now about a $3.9 billion per year program and … there’s another $2 billion that was rolled over into this year that was not claimed [last year].”

The new funding year for E-Rate started July 1, and Wi-Fi access point vendors are expecting this year to be much better than last year.

“The delays have turned into pent-up demand, so we see a strong pipeline for education spending leading to accelerated revenue growth in the second half of 2015,” said Ruckus Wireless CEO Selina Lo in a February earnings call. Not long after Lo made those comments, Ruckus announced a partnership with Juniper Networks, which sells switches to schools under the E-Rate program. The partnership could create a new “one-stop shop” option for schools applying for E-Rate funding, but it could also limit choice and flexibility in some cases.

Schools that want to apply for E-Rate funding submit requests for competitive bids to an entity called the Universal Service Administrative Company, which posts the bids on a public website for vendors to review. Vendors have 28 days to submit proposals. Once the vendor proposals are submitted, the school chooses its partners and then submits an application to USAC listing its desired purchases. USAC then issues funding commitments to eligible applicants.

“Last year … they actually for the first time ever allocated funds to everyone who applied, even the more advantaged districts.” Miller said, adding that delays in getting the process started last year meant that fewer schools applied on time, leaving more money for those that did apply.

E-Rate funding is available to private K-12 schools and public libraries, as well as to public K-12 schools, which of course get the lion’s share. Schools in which a large portion of the student population qualifies for the free or reduced-price lunch program will typically need to pay for only 15% of their E-Rate technology purchases.

The FCC sets E-Rate funding limits at $150 per student for a rolling five-year period, which can be interpreted as $30 per student per year. This funding model is encouraging some schools to investigate “Wi-Fi as a service,” meaning that they essentially lease their Wi-Fi network gear from a provider and outsource service and maintenance to that vendor.