RCR Wireless NewsIntelligence on all things wireless.
YOU ARE AT:Carriers#SXSW: AT&T releases the COWs in Austin, Texas 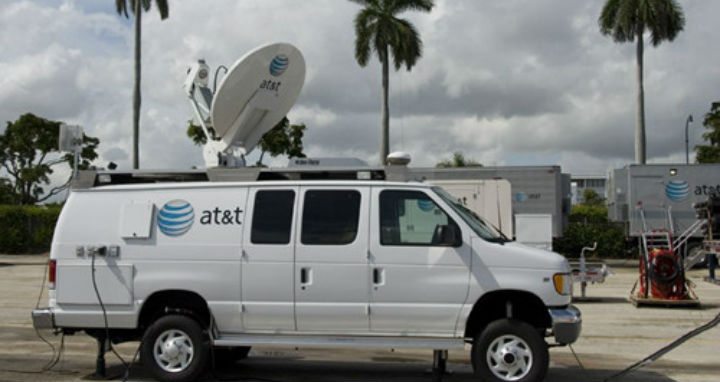 Clark Bird, an Austin-based senior network process and quality manager for AT&T, gave RCR Wireless News an overview of what the carrier has done to facilitate the data demand. Bird discussed the company’s use of so-called cells on wheels as well as use of the Luneburg Lens, which has only been used two other times.

“A COW is basically a portable cell site,” Bird said. “We can take these and deploy them virtually anywhere in the network, anywhere in the country, mainly where we need expanded capacity.”

In a similar use case, AT&T deployed more than a dozen of the COWs for the Super Bowl this year in Glendale, Ariz.

In a first for Texas, AT&T brought out the Luneburg Lens for SXSW. It’s just the third time the carrier has used the specialized antenna, also known as a super COW.

“The Luneburg Lens theory has been around since the 1940s,” Bird said. “We are just now starting to use this in the cellular space. The shape and size help us to ease the deployment. One of the main advantages it has is it can provide up to 10 times the capacity of a single beam antenna. That allows us to reuse our spectrum over and over and provide more capacity to our customers.”

AT&T has also deployed rooftop antennas to create a Wi-Fi hot zone along Austin’s bar- and restaurant-filled 6th Street corridor, as well as maintaining a distributed antenna system in the Austin Convention Center.

“Each year we add more capacity to [the DAS], beef it up to support the crowds,” Bird said.

“We’ve seen 100,000% data increase across our network the past eight years. Just a phenomenal amount of traffic [that] keeps multiplying, and we have to do our best to try to meet those demands.”