RCR Wireless NewsIntelligence on all things wireless.
YOU ARE AT:Analyst AngleAnalyst Angle: Grading the FCC on net neutrality: fail 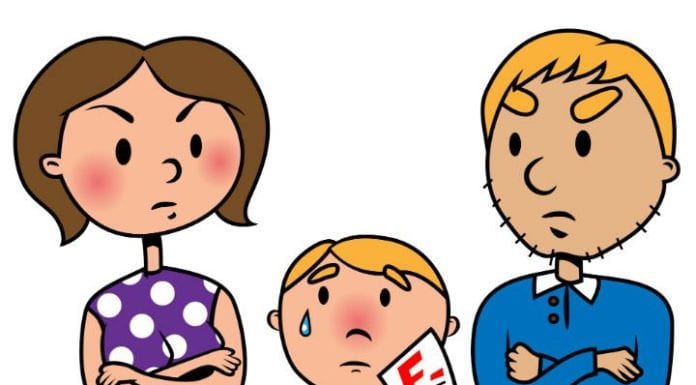 Unless you have been staring at your TV/PC screen waiting for “House of Cards” to load since Friday and watched or read nothing else, you have no doubt heard about the Federal Communications Commission’s recent net neutrality vote and ruling. The timing of the recent release of the third season of Netflix’s hit drama was apropos given the discussion about the need for “fast lanes” on the Internet, etc.

Before we get started, the goal here is not to rehash the FCC’s announcement. To be extremely brief, the new rules reclassify broadband as a regulated telecommunications service and ban blocking, throttling and prioritization of traffic over broadband and mobile networks – with some exceptions for medical devices, among others. The FCC did not vote to require last-mile unbundling or impose price restrictions. In short, the FCC took parts of the Communications Act (1934) and the Telecommunications Act (1996). The much-discussed Title II stipulation that classifies Internet service providers as common carriers is in the 1934 act.

So back to “House of Cards.” Our family loves this series and we were waiting for the season premier – probably along with the half of U.S. households that subscribe to Netflix – when the latest season was released. About 7 p.m., I fired up the browser on the living room Mac and went to the Netflix site. Signing in took a while (it was sssslllllloooooowwwwww) and then it took – no joke – about 15 minutes to get the first episode running. We then made the mistake of pausing the stream. It took about 15 seconds after restarting for the video to catch up with the audio. Not a good experience. By Monday night, things were back to normal.

Now, we have a 100-megabit-per-second broadband service to the house courtesy of Time Warner Cable. The Mac uses a wired Ethernet connection (not Wi-Fi) straight into the router. So the delay was highly unlikely to be on our end; it looked and felt like everyone was trying to access the same content on Friday night.

If I take a strict interpretation of the FCC’s new rules, then the ISPs cannot prioritize “House of Cards” upon release, except for network management issues (which must likely then be documented and defended). But in reality, could Netflix have offered a “premium” service for Friday night to give “House of Cards” a fast lane? Certainly – and I would have paid for it. The service would have been better and, frankly, when it costs about $25 for two people to go to the movie theater on the weekend, paying $10 to $15 looks like a bargain. So in this respect, I want prioritization of traffic for payment.

I suspect that if prioritization were possible, the ISPs could have better managed the whole Internet performance. By knowing who wanted prioritized service and who did not ahead of time, surely network management as a whole would have been improved.

Now, to mobile. Mobile ISPs are particularly susceptible to demand for certain content. If everyone starts watching Netflix on their smartphones at the same time, the serving cell will have some issues. And the new ruling applies to mobile ISPs as much as broadband. Look ahead a few years to the widespread commercial availability of LTE Broadcast and you can see that having a high-quality, prioritized service for “House of Cards” would not only be possible but likely preferable and beneficial overall.

For example, with LTE Broadcast the operator can designate an LTE channel to broadcast mode and then push the content over that channel to all who are interested; the device has to “listen” for the broadcast and therefore be scheduled. This accomplishes two things: It provides a better experience for those wanting “House of Cards” and moves all of the unicast content requests off the “regular” LTE channels, thereby improving performance as a whole.

Would this be possible with the new net neutrality rules? Unlikely, since the mobile operators would be “prioritizing” one piece of video content over others by putting it on LTE Broadcast. Charging an additional fee would certainly be out of the question.

Which brings us neatly to my main criticism of the new rules: The FCC has failed, miserably, to consider not only how people consume content today but also the impact of new technologies. To use legislation passed in 1934 and 1996 for the 2015 communications market appears nothing short of insane. Proponents will argue that the original legislation was good and could be applied across multiple technologies – it is “technology neutral,” so to speak.

Well … no. The Internet and broadband services we have today were never even conceived of in 1996, let alone 1934. Very few people ever thought that mobile networks could provide primary access to the Internet; or that entire seasons of popular shows would be released in one go; or that movies could be streamed on-demand to any device or that streaming music would be free-with-ads. All of these services have changed the way we use the networks – both wired and wireless – and have therefore changed the way networks are built, managed and valued.

As for prioritization, that was never even a consideration in 1934 or 1996; the expectation was that you would pick up a phone and hear a tone, or push “send” in 1996 and get a connection. But today, I want the packets for my home alarm system, nanny video monitor, car navigation and video calls to be given priority over e-mail, Dropbox/iCloud/Drive synching, calendar and contact updates, photo synching and a host of other apps that can wait a few more milliseconds. And yes, I would want the option to pay for a better Netflix experience on some weekends.

President Frank Underwood – Kevin Spacey’s character on “House of Cards” – is having trouble getting things done after he gains the presidency. Seems to me like the FCC thought too little about net neutrality and needs to work harder, like Spacey’s character. Go back to the drawing board and come up with some regulations that make sense to today’s world, not 1996 and certainly not 1934.

Iain Gillott, the founder and president of iGR, is an acknowledged wireless and mobile industry authority and an accomplished presenter. Gillott has been involved in the wireless industry, as both a vendor and analyst, for more than 20 years. IGR was founded in 2000 as iGillottResearch in order to provide in-depth market analysis and data focused exclusively on the wireless and mobile industry. Before founding iGR, Gillott was a group VP in IDC’s telecommunications practice, managing IDC’s worldwide research on wireless and mobile communications and Internet access, telecom brands, residential and small business telecommunications and telecom billing services. Prior to joining IDC, Gillott was in various technical roles and a proposal manager at EDS (now Hewlett-Packard), responsible for preparing new business proposals to wireless and mobile operators.

Iain Gillotthttp://www.igr-inc.com
Analyst Angle Contributor to RCR Wireless NewsFounder and President - IGR Research. Iain Gillott is an acknowledged wireless and mobile industry authority and an accomplished presenter. Gillott has been involved in the wireless industry, as both a vendor and analyst, for more than 20 years. IGR was founded in 2000 as iGillottResearch in order to provide in-depth market analysis and data focused exclusively on the wireless and mobile industry. Before founding iGR, Gillott was a Group VP in IDC’s Telecommunications practice, managing IDC’s worldwide research on wireless and mobile communications and Internet access, telecom brands, residential and small business telecommunications and telecom billing services. Prior to joining IDC, Gillott was in various technical roles and a proposal manager at EDS (now Hewlett-Packard), responsible for preparing new business proposals to wireless and mobile operators.