RCR Wireless NewsIntelligence on all things wireless.
YOU ARE AT:Network Function Virtualization (NFV)Nokia, Coriant to demo SON for mobile backhaul 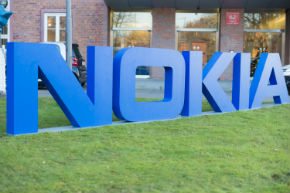 Nokia Networks have partnered to deploy what the companies are billing as the first-ever intelligent self-organizing network to mobile backhaul.

The two companies will demonstrate the technology at Mobile World Congress, set for March 2-5 in Barcelona, Spain.

SON is an extension of software-defined networks that takes automatic provisioning a step further to provide automatic reconfiguration of network resources.

Nokia’s EVP and CTO Hossein Moiin said the proof of concept “is the first of its kind to provide a fully automated capability for self-configuration and self-optimization of multivendor mobile backhaul networks using SDN as the management layer.”

Moiin said the technology represents a “major step towards teaching networks to be self-aware.”

The SON solution allows for automatic backhaul optimization along with monitoring of control-plane traffic and quality indicators.

Coriant SVP of data networks Paul Smelter said the company’s “innovation in SDN is leading the revolution to programmable, service-aware data-optical networks. Through this joint program with Nokia Networks, Coriant is showing how it is enabling services as the driver of programmable mobile backhaul and fixed-mobile converged networks.”

Instead of the predominant paradigm in which services conform to network parameters, SON allows the network to reconfigure based on service demands.

Coriant operates in more than 48 countries and has research and development centers in six countries as well as a production plant in Berlin, Germany.