RCR Wireless NewsIntelligence on all things wireless.
YOU ARE AT:HetNet NewsTop DAS vendors 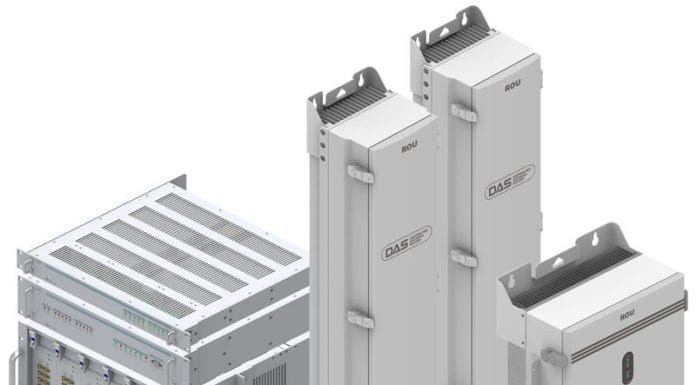 ABI Research names CommScope, TE Connectivity, Axell, Corning, and SOLiD as the top vendors of distributed antenna systems (DAS) based on implementations. More than half of all DAS deployments to date are in North America, and four of the five companies are based in the United States.

CommScope
CommScope is considered the current leader in sales of distributed antenna systems, with roughly $150 million in DAS-related revenue in the second quarter of 2014. The company sells and services both oDAS (outdoor DAS) and indoor DAS, including cables, connectors, and antennas.

ION-U is currently CommScope’s primary DAS offering in the United States. It integrates low- and high-power fiber optic systems into a single platform, and is part of CommScope’s Andrew line of wireless solutions. Onboard software is meant to speed deployment by providing real-time feedback during the process.

This fall, CommScope started trialing ION-E with U.S customers. The “E” stands for enterprise, and the solution is designed around IT-based structured cabling architecture. It combines cellular connectivity and power plus Gigabit Ethernet for Wi-Fi.

TE Connectivity
TE Connectivity has become a leader in DAS deployments by focusing on cost-effective in-building solutions. Digital transport enables a single head-end to simulcast a signal to many remote antennas or radio heads. This reduces the fiber cost, since fiber does not need to be run from as many head-ends.

On the outdoor side, TE Connectivity’s focus is the FlexWave Prism, a compact radio head for macro gap coverage that supports up to four frequencies. The FlexWave Prism is meant to cut deployment costs for operators and venue owners in outdoor settings.

Axell
Axell is a British company that has supplied DAS systems in more than 100 countries. The United States, where most DAS systems are currently deployed, is a key focus area for Axell. The company’s idDAS enables real-time intelligence for DAS.

“Axell’s idDAS features the ability to dynamically move DAS network capacity to where it is needed most under software control,” said analyst Nick Marshall of ABI Research. “The major benefit of this system is that it reduces CAPEX by allowing network operators and owners to “right size” base station capacity for the DAS installation by removing the need to provision for peak demand in all locations and situations.”

Axell says it is the only leading global DAS manufacturer that provides a combined DAS solution encapsulating public safety and cellular bands in one head-end. Customers can combine VHF, UHF, GSM, WCDMA and LTE in one DAS. Axell DAS systems cover frequency ranges from FM through to 2.7GHz. High performance fiber is a key focus for Axell as well.

Corning
Fiber is also a major focus for Corning Mobile Access, a part of the company that invented low loss optical fiber. Corning says its goal is to provide fiber to every part of the network. In the wireless world, that means bringing fiber to the antenna through DAS.

Corning says its customers want to cut costs by converging infrastructure onto one platform, and that fiber is a key enabler. A converged solution combines cellular, Ethernet and Wi-Fi in one platform.

Corning has been a leader in LTE DAS, with 200 LTE deployments to date. The company says that only 10-15% of the world’s commercial buildings have adequate cellular coverage, and that DAS is one of the key tools that will increase coverage in the years ahead.

SOLiD
SOLiD divides its DAS product line into single-carrier and multi-carrier systems, a distinction that is consistent with the way solutions are typically deployed. Express single-carrier DAS is a way for carriers to extend coverage and capacity to buildings or campuses that are hard to cover with macro cell sites.

Alliance multi-carrier DAS is for systems that support more than one service provider. It supports all public safety and cellular services, including 150/450 radio, 700 MHz and AWS. SOLiD says that each remote requires just one strand of fiber.

SOLiD differentiates its products in several ways. Modularity is a key focus because customers want to scale their solutions as needs evolve. SOLiD says the Alliance solution combats interference with filtering that it says is the most precise on the market. The company also says its control software and system management set it apart from its competitors.