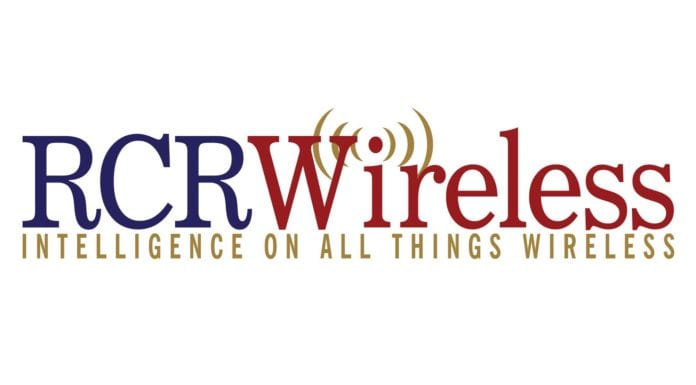 Reader Forum: The Internet of Things ate my network

The Internet of Things, which got a boost from Apple with the launch of its HomeKit in June, is either going to transform our world – or crush it – depending on who you ask. But, one thing is for certain: our network infrastructures are not at all prepared to accommodate the onslaught of data as tens of billions of devices connect over the next few years.
Mobile networks are already strained by the rapid growth of mobile data traffic, driven by our growing reliance on smartphones and tablets. Soon, we’ll be sharing our mobile networks with a multitude of devices that today we can’t even envision. These devices are the capital-t “things” that will make up the newly minted Internet of Things.
Granted, most of these newly connected things will transmit relatively small amounts of data, but there will be such a vast quantity of connected things that collectively they will produce massive network capacity demand. Not all connected devices will tap mobile networks – for example home appliances, office systems and industrial equipment will primarily connect via Wi-Fi or other similar local area wireless networking standards (ZigBee, Z-Wave, Insteon, etc.).
Still, there will be many things that do connect via mobile networks. Cisco estimates, for example, that by 2018 the typical new car will have no less than four machine-to-machine connections. That single statistic alone introduces more than 60 million new connections every year, and that’s just for automobiles.
No one really knows how the Internet of Things will play out. There will certainly be a lot of trial and error. But if it takes off the way top industry experts are anticipating, the Internet of Things (including wearable computing and the industrial Internet) will force a re-evaluation of the network infrastructures in place, otherwise those networks run the risk of getting hopelessly clogged.
Where do potential network bottlenecks lurk?
Mobile backhaul
The networks that bring our mobile devices to life may end up choking on the new traffic generated by all of these new car systems and other things connecting to them. The part of the network at greatest risk of getting log-jammed is called backhaul – the portion of the network that carries data from the cell tower to the core network, which then carries the data across the country and around the world.
To handle existing mobile data demand and looming IoT data demand, mobile network operators have been rolling out new technologies (3G, now “4G” and soon “5G”) as quickly as possible to increase the speed of their networks and keep up with the volume of data sent between cell towers and our mobile devices. The problem is that the combination of a growing numbers of smartphone users plus increasing data speeds are placing continuously greater loads on the backhaul networks.
That means network operators will need to either add more cell sites, or increase the capacity of each cell site to keep up with that growth, especially with the addition of IoT traffic. In reality, they’re doing both as fast as they can, as well as exploring new approaches to extend the reach of their networks, through the introduction of microcells and Wi-Fi offloading, among other approaches.
Today there are approximately 200,000 cell towers in the United States. Establishing new cell towers takes time and effort to plan and construct, and every tower that is constructed needs a connection back to the core network. In the meantime, mobile carriers are also working as quickly as they can to run fiber to their existing towers, many of which still connect to the core network using old, outdated, low-capacity technologies.
When fiber optic cables can be deployed, it increases the capacity of those towers to accommodate increasing demands. But fiber is expensive and time-consuming to install – not to mention incredibly environmentally disruptive. Spread this across hundreds of thousands of cell towers and the scope of the challenge starts to become clear.
Ultra-high bandwidth wireless technologies offer a solution to the backhaul problem. Wireless technologies can be installed much more quickly than fiber and are far less disruptive (and won’t scar up Mother Earth). Wireless offers much more flexibility, too, allowing bandwidth to be extended into previously unserved areas, including places fiber cannot go.
Until recently, wireless technologies could not come close to delivering the bandwidth, availability and range needed for backhaul networks. This has constrained network evolution. But advanced new wireless technologies, originally developed for defense applications, are becoming commercially available. These technologies open up new possibilities in our increasingly mobile and data-centric world.
For IoT to gain widespread adoption, there are many, many challenges to work out – figuring out how to handle all the data traffic it will generate is just one, albeit an important factor. And if the Internet of Things turns out to be as world-changing as it promises to be, it will ultimately reshape our mobile networks as well as many aspects of our technology infrastructure. One thing is for sure, it’s going to be an exciting time as we watch it unfold.
Editor’s Note: Welcome to our weekly Reader Forum section. In an attempt to broaden our interaction with our readers we have created this forum for those with something meaningful to say to the wireless industry. We want to keep this as open as possible, but we maintain some editorial control to keep it free of commercials or attacks. Please send along submissions for this section to our editors at: dmeyer@rcrwireless.com.