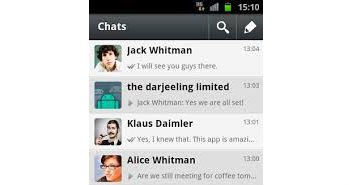 Developers of video optimization software have a number of tools to offer service providers who want to reduce bandwidth consumption, but these tools are of limited use when video is encrypted. When content is encrypted it cannot be transcoded or altered, but it can be accelerated to maximize network resources.
Netflix is perhaps the best-known example of encrypted content, but there are others, including many of the videos and images shared via popular messaging apps like WhatsApp and Snapchat. “Social networks apps are increasingly relying on encryption to protect their traffic,” said analyst Patrick Lopez of Core Analysis. “TCP optimization is the only technology that can be applied to enhance customer experience in this case.”
Flash Networks says it is the first mobile optimization vendor to use TCP optimization to accelerate upload speeds for OTT messaging services. The company points out that unlike Netflix movies and YouTube videos, social media content needs to be optimized in both directions.
“Unlike with traditional content consumption, where content is consumed mainly by downloading it from a central server, content-sharing applications require both upload and download to be accelerated to ensure subscriber satisfaction and improve customer retention,” said Noam Green, vice president of marketing at Flash Networks. The company uses patented technology to optimize LTE bandwidth utilization, claiming up to 30% faster upload speeds. Flash Networks’ TCP-4TE uses inline high-speed congestion-detection algorithms to dynamically adjust transmission rates based on real-time network conditions.
“The benefit is traditionally a reduction in latency, which decreases the time necessary to transport traffic,” said Lopez. “TCP optimization is not new but vendors in this space have traditionally focused on the downstream.”
Focusing on the downstream leaves a significant portion of the traffic untouched when it comes to social media and OTT messaging. Last month WhatsApp (which is set to be acquired by Facebook) tweeted that it had handled 64 billion messages in one day, and 20 billion of those were uploads. The number of received messages (downloads) always exceeds the number sent (uploads) because users often send to multiple recipients.
Within hours of WhatsApp’s boast about 64 billion messages, Twitter posts were saying that the app was unavailable, presumably due to heavy traffic. For mobile operators, the harsh reality is that when an OTT app has problems, the carrier is as likely as the content provider to be blamed. That’s exactly why operators are exploring optimization solutions for mobile content.
Follow me on Twitter.
More on video optimization:
RCR Wireless feature report, available on demand
Core Analysis use cases report.