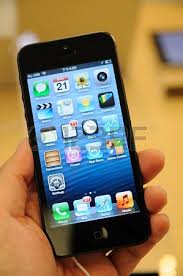 Smartphone prices range from $40 to $4,000, but the cost of building a device usually falls somewhere between those extremes. The bill of materials for a high-end smartphone like the iPhone 5S is much less than the off-contract retail price.

“You might be a little surprised to see that the bill-of-materials typically hovers around $200 for the kind of device that might retail, without a contract, for around $600,” said Andrew Rassweiler, who heads up the teardown team at IHS Technology, adding that his group analyzes component and manufacturing costs only, not software, shipping, distribution or marketing. (For more on component costs, download our free webinar: Components and Software That Makes Smartphones Smart.)

The display and touchscreen are the most expensive mobile phone components, typically costing manufacturers more than the applications processor, camera and battery combined. Apple pays an estimated $41 for the iPhone 5S integrated display and touchscreen. “You’ve got about 22% of the bill-of-materials dedicated to display and touchscreen,” said Rassweiler. “That’s very typical because the displays and touchscreens are such a distinguishing feature when it comes to user experience with a smartphone, all of the OEMs tend to go heavy with their investment in that area.”

“The biggest cost is the display, and not only that, that display is the biggest drain on your battery,” said Will Strauss of Forward Concepts. Displays that are integrated with touchscreens may drain batteries even more than their predecessors, if the displays require more power to compensate for the layers of the touchscreen.

“The key is the integration,” said Chris Hare, founder and CEO of nTete Group. “If you’ve integrated that and it’s working smoothly and it’s inexpensive and you’ve not added so many layers that you’ve really hurt the light transmission, then you’ve got a winner. But if you’re overpowering a display to compensate for lots of vast layers of a touchscreen then you’re overpowering and reducing the battery life.”

The tension between the display and the battery is one of the biggest challenges of mobile phone design. “When people pick a cell phone, either the No. 1, No. 2 or No. 3 reason they pick it is because it’s got long battery life,” said Strauss. “Other people may find a better display is a more compelling reason.”

The companies that make displays for mobile phones include Sony, LG, Sharp, Seiko and Hitachi, among others. Several of these companies also make displays for televisions, and the research dollars invested there have boosted their mobile device efforts. But some experts question the value of ultra-high resolution on the small screen.

“The reality is that the human eye can only see a certain resolution of pixels, so it’s a little bit smoke and mirrors,” said Hare. “It’s as much about lighting and backlighting and contrast between pixels, but what it means is that there’s a lot of energy put into better and better displays.”

Curved screens are the next frontier for mobile phone displays. “Over the coming years you are going to see more flexible displays,” said Hare. “What I mean by flexible is either immediately flexible, in other words when you hold the phone it is a curved phone and the display is curved, or long-term flexible which means you can basically fold the device up or you can turn it into another shape in your hand in order to make the content that you’re working on more viewable. This means a lot of changes in the IP, a lot of changes in the [research and development] that’s going on in a lot of these display companies.”