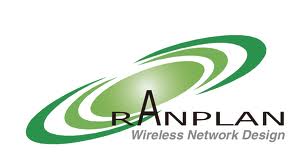 Ranplan’s iBuildNet will be used in Huawei’s R&D center in Beijing, along with the Ranplan Radio Propagation Simulator (RRPS) for radio propagation and channel modeling. Huawei engineers will be using the tools to design and deploy small cell and heterogeneous networks, according to Ranplan, and use iBuildNet to explore channel modeling for MIMO and LTE and LTE-Advanced.

“The combination of iBuildNet’s best-in-class 3D environment modelling and RRPS will significantly enhance Huawei’s capability in studying MIMO and massive MIMO in indoor, outdoor and indoor-outdoor scenarios, which are crucial for small cell and HetNet deployment for LTE,” said Professor Jie Zhang, who is principle consultant at Ranplan and serves as chair in Wireless Systems at the University of Sheffield.

China Mobile has chosen iBuildNet for evaluating network design and deployment, as well as for small cell and HetNet frequency planning; Ranplan said one of the key features for China Mobile is the ability to analyze and minimize radio signal leakage.

–A recent Dell’Oro Group report has found that the LTE radio access network market grew quickly in the third quarter — fast enough to almost offset the decline in legacy RAN technologies including GSM, WCDMA and CDMA. After three quarter of consecutive year-over-year RAN growth, Dell’Oro is estimating that the total RAN market for 2G, 3G and 4G (excluding TD-SCDMA and service provider Wi-Fi) declined only about 1% year-over-year in the third quarter.

“Even though growth is slowing down in some of the more advanced Mobile Broadband (MBB) markets, we are now seeing great demand for LTE in other markets, particularly Europe, with LTE RAN revenues more than doubling year-over-year”, said Stefan Pongratz, Dell’Oro Group’s director of mobile RAN research.

The company’s report on third quarter market share showed that Ericsson maintained a dominating lead in LTE over the number two vendor, Huawei; and that Alcatel-Lucent passed NSN to take the third position in LTE RAN revenue share during the third quarter.

The total RAN market is expected to grow in the coming year as China’s deployments heat up, offsetting declines in the U.S. and Japan. Dell’Oro Group also said that it “maintains an optimistic view of the small cell RAN market with small cell revenues expected to account for approximately one percent of total RAN revenues in 2014.”

—ip.access has launched the second generation of its small cell product line, based on a UMTS small cell chipset from Qualcomm Technologies Inc. The new small cells offer HSPA+ support as well as Wi-Fi and DSL integration options, for both enterprise or residential deployment. Qualcomm is one of an ip.access shareholder.

The new small cells will start shipping in the first quarter of 2014, and ip.access said that they “are already slated for delivery in newly won, high volume projects.”

ip.access said that working with an original design manufacturer (ODM) for the product line will allow it to offer the best possible pricing and support mass-market deployments.

“We now see far more customer projects moving quickly to volume and it has become increasingly important to match our leading edge technology with those we collaborate with on high performance silicon and manufacturing,” said CEO Simon Brown of ip.access. “This allows us to deliver the volume and performance required by our growing customer base and enlarged product portfolio.”

“We are seeing sustained growth in the small cell segment and are committed to supporting companies like ip.access with our core technologies to enable them to compete successfully and grow rapidly,” said Dan Rabinovitsj, senior VP of Qualcomm Atheros Inc. “With operators facing exponential growth in mobile data over the next five years, we believe our FSM series chipsets are uniquely positioned to deliver cost-effective network densification.”

Brown went on to add that Qualcomm’s role in the smartphone sector will become increasingly important due to the need for intelligent interaction between networks and handsets to get the best mobile network experience.

“Our small cell portfolio is targeted at giving operators the best possible coverage, capacity and network total cost of ownership (TCO), in the smallest possible product footprint,” he said. “Qualcomm’s track record and expertise allow us to carry its smartphone experience into our residential network products to maximise performance and enhance our new large scale deployments.”

— Aruba Networks reported record revenue for the quarter and its CEO said the ramp-up on 802.11ac for Wi-Fi is comparable to the curve for adoption of 802.11n. Read more on the company’s results here.