RCR Wireless NewsIntelligence on all things wireless.
YOU ARE AT:DevicesApple wins in court, looks to next battle with Samsung 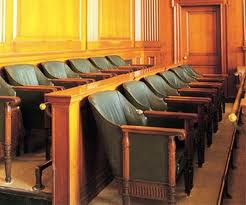 Apple wins in court, looks to next battle with Samsung

Apple is getting another slice of the $1.05 billion that a jury awarded it last year in its patent trial against Samsung. Judge Lucy Koh cut that amount to $600 million earlier this year, and now a new jury has awarded Apple an additional $290 million. These sound like big numbers until they are put into the context of Samsung and Apple. Samsung earned $21 billion on revenue of $189 billion last year, and Apple earned $37 billion on revenue of $171 billion in the year ended September 28.

While the damages may not be hugely significant to Apple from a financial standpoint, proving that it can successfully defend its design patents may be increasingly important to the company. Apple is widely expected to make its next set of innovations in the home entertainment market, one in which Samsung is a major force. Apple TV has gotten off to a slow start, but this week news that Apple is buying Israel’s PrimeSense renewed analysts’ interest in Apple’s TV ambitions.

Analyst Wayne Lam of IHS iSuppli told RCR that Apple’s purchase of the technology behind Microsoft’s original Kinect sensor shows that Apple is very likely to develop new consumer-grade applications for the home. Lam expects to see an Apple TV with 3D capabilities and/or a gaming device. As one of the leading makers of television screens, Samsung stands ready to challenge Apple here. Patent protection will be key for Cupertino.

Back to court
Apple and Samsung head back to Judge Lucy Koh’s courtroom in March for a new patent infringement trial covering a more recent generation of devices, including the iPhone 5 and the Galaxy S III. The iPhone 5s and the Galaxy S4 are not part of the upcoming trial.

In addition, Samsung is expected to appeal this week’s $290 million jury award. The $290 million awarded to Apple this week is 64% of the $450 million that Judge Koh vacated from the initial $1.05 billion award. She said the jury incorrectly awarded damages for the time period when Samsung’s contested devices were on the market but Apple had not yet informed Samsung that it believed Samsung was infringing its patents. Koh also had concerns about the jury’s use of Samsung profits as a basis for calculating damages. The jury used Samsung’s profits to calculate infringement of utility patents, but profits are to be used to calculate damages for infringing design patents.