RCR Wireless NewsIntelligence on all things wireless.
YOU ARE AT:CarriersFCC asks Android users for help testing devices and networks 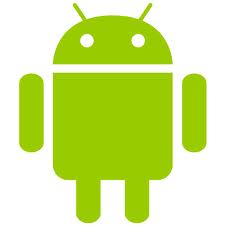 FCC Chairman Tom Wheeler wants to crowdsource information about how mobile devices and technologies are performing on wireless networks around the country. The agency has released a speed test app in the Google Play store and is encouraging Android smartphone users to download and install the app. Once they do, their smartphones will automatically run regular speed tests and send the results to the FCC. The agency says all the information is anonymous.

The Android speed test app also measures latency and packet loss. It is set with a default
data limit of 100 MB per month, and users can increase or decrease this limit. Users will be able to view speed test results to learn how their device is performing on their carrier’s network, and how network speeds may be changing over time. By early next year, the FCC says speed test results will be aggregated, analyzed and published online.

The FCC’s goal is to “help consumers navigate the mobile marketplace,” Wheeler said in a statement. He said that by early 2014, an online FCC map will allow consumers to compare speeds and technologies in their regions. Before the end of the first quarter, Wheeler expects consumers to be able to “zoom into areas of cities to see variations of speed, latency, and lost packets.”

Wheeler said that by the second quarter, the FCC will be able to provide “comparisons by providers, networks, and mobile phone technologies.” By the third quarter, users will be able to see network speeds at different times of day. Of course the value of all these tools depends on the amount of data supporting them, which is driven by the number of people who download the speed test app. The app has been live for about since November 14 and fewer than 50,000 devices have downloaded it so far. Many mobile users are concerned about privacy, despite the FCC’s pledge that all data is secure and anonymous.

The FCC is planning to add an iOS app within the next few months. The agency said it has developed the apps in partnership with the four largest wireless carriers and with the CTIA.

“Wireless carriers have been working for over a year with the FCC to expand the Measuring Broadband America program from fixed to mobile broadband services,” said Scott Bergmann, the CTIA’s vice president for regulatory affairs. “Measuring broadband speeds in a mobile environment is a complex task with a myriad of factors that affect wireless broadband performance, many of which are outside the wireless providers’ control.”

FCC Commissioner Clyburn said that transparent information about service performance “creates incentives for providers to improve those services. The Commission’s annual reports on residential ISP service were successful in doing just that.” Clyburn noted that mobile broadband performance is particularly crucial to Americans living below the poverty line, adding that an estimated 52% of those citizens rely on their mobile devices for personal communications.