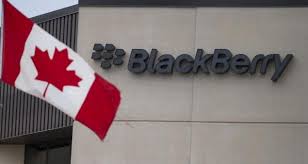 Incoming BlackBerry CEO John Chen says the company is not really in the smartphone business. “We’re not really in phones, but we’re in phones for software, for services,” Chen told the Associated Press.

Chen said he sees value in the 80 million people who are users of BlackBerry Messenger, adding that he wants to find a long-term CEO who can help “monetize” those BBM users. About 20 million of those 80 million people are using BBM on a non-BlackBerry device, having downloaded the instant messaging app when it became available for iOS and Android last month.

The employees who remain at BlackBerry will need to start thinking about their company in a different way, according to Chen. Software is clearly the focus, and Chen said that after he completes his stint as interim CEO he wants to bring in a long-term CEO with a software and services background.

Taking the helm of a troubled company is not new for Chen. Software maker Sybase was trading near a record low when Chen took over as CEO in 1998. During his 12-year tenure, he increased the value of the company six-fold, ultimately overseeing the sale of Sybase to SAP for $5.8 billion.

It is possible that instead of finding a long-term CEO and crafting a new strategy, Chen will focus on finding the right buyer for BlackBerry. But there are obstacles there. This week as BlackBerry was abandoning its plan to go private, Canada’s Globe and Mail reported that Lenovo’s interest in acquiring BlackBerry had been blocked by the Canadian government due to national security concerns.