RCR Wireless NewsIntelligence on all things wireless.
YOU ARE AT:5GLatin America to reach 62 million 5G connections by 2025: GSMA 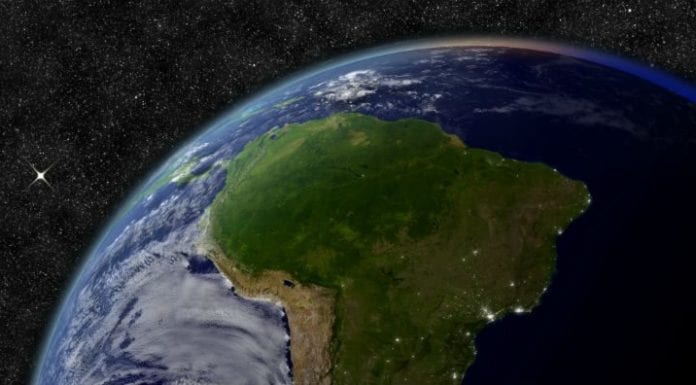 5G connections in Latin America are expected to reach 15 million by 2020 and will grow to 62 million by 2025, according to a new study by GSMA Intelligence.

GSMA Intelligence also noted a growing trend in deployment of private networks by enterprises in sectors including manufacturing, mining and utilities, and forecasted that  IoT connections will reach 1.2 billion by 2025.

“In Latin America, Brazil and Uruguay have launched 5G services, with 5G trials conducted in at least eight other markets. We expect the technology to spread to the rest of the region over the course of the next decade, but it is important that policymakers start planning now,” GSMA Intelligence said.

GSMA Intelligence also highlighted the importance of the first 5G spectrum auctions in Latin America, pointing to “timely access to the right amount and type of spectrum, at prices that do not discourage investments” as a key factor for success.

“Regulators should aim to make available 80MHz to 100MHz of contiguous spectrum per operator in prime 5G mid bands and around 1GHz per operator in high bands. Lower bands are also key to set the stage for 5G to reach more people, due to their greater coverage capabilities,” it explained.

Auctions for spectrum in the 3.5 GHz and 26 GHz bands in Brazil are expected in in the first half of 2021, while regulators in Chile, Colombia and the Dominican Republic have also announced their intentions to assign 5G spectrum next year.

The study also shows an increasing investment in 5G networks by Latin American operators. GSMA Intelligence reported that the overall 5G capex in the region will reach 84% of the total in 2025, compared to 26% this year and 61% in 2022.

By 2025, Brazil is expected to be the country with the highest penetration of 5G as this technology will account for 18% of the country’s overall mobile base, followed by Mexico, with 12%, Chile, with 8%. Argentina, with 7% and Peru, with 6%.

Claro launched its 5G network using a combination of 700 MHz, 1800 MHz and 2.5 GHz spectrum. The telco is using Dynamic Spectrum Sharing technology from Ericsson to deliver 5G services via the same spectrum used for its LTE-A network. Testing of DSS technology began in October 2019, in partnership with Ericsson, Qualcomm and Motorola.

The carrier had announced plans to expand its 5G service in 12 additional cities before the end of the year.

Rival operator TIM Brasil, the Brazilian arm of Telecom Italia, announced a 5G trial in the cities of Bento Gonçalves, in Rio Grande do Sul; Itajubá, in Minas Gerais; and Três Lagoas, in Mato Grosso do Sul. The company said it will use DSS technology as well as equipment from Nokia, Ericsson and Huawei.

The future deployment of 5G technology in Brazil could have a $1.216 trillion economic impact and an increase in productivity of $3.08 trillion, according to a recent study by Nokia and Omdia.