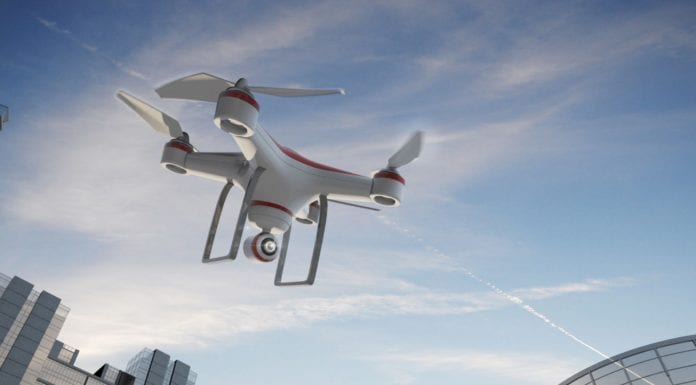 U.K. telecommunications operator EE and Finnish vendor Nokia have carried out a trial to provide LTE services in rural areas of Scotland, Nokia said in a blog post.
Both companies have used drones to carry a Nokia Flexi Zone Pico cell to remote areas around Inverness.
“The tests showed that with the help of the drone, mobile coverage can be established very quickly over ranges of several kilometers. High-quality LTE voice calls between responders, video streaming and up to 150 [megabits per second] data throughput were all achieved, with no need for a connection to an external core network,” the Finnish company said.
“If integration to an existing core is needed, Nokia has also tested the backhaul of a standard small cell with the EE core via satellite.,” the vendor continued. “What’s more, the solution makes use of the recently launched Ultra Compact Network, a deployable system, which combines a small cell with an embedded LTE core network resulting in a very compact and flexible solution.”
EE currently counts more than 30 million mobile subscribers. The telco launched commercial LTE services in October 2012, and currently offers 4G LTE services through the 1800 MHz and 2.6 GHz bands. EE, part of the BT Group, also launched Voice over LTE services in April this year.

In other EMEA news, Polish operator Play announced that its new quad-band carrier aggregation solution “LTE Ultra” is already active. The upgraded network, which uses spectrum in the 800 MHz, 1800 MHz, 2.1 GHz and 2.6 GHz bands is now live at around 1,500 base stations across Poland. LTE Ultra supports download speeds of up to 262 Mbps via devices such as the Huawei E5186, the Samsung Galaxy S7 Edge, the HTC 10 and the Sony Xperia X Performance.
The upgraded infrastructure is available to 73.3% of the Polish population, compared to the 89.2% coverage offered by the operator’s standard LTE network.
Play launched LTE services in 2013.