RCR Wireless NewsIntelligence on all things wireless.
YOU ARE AT:FundamentalsWill small cells replace DAS or can DAS reinvent? 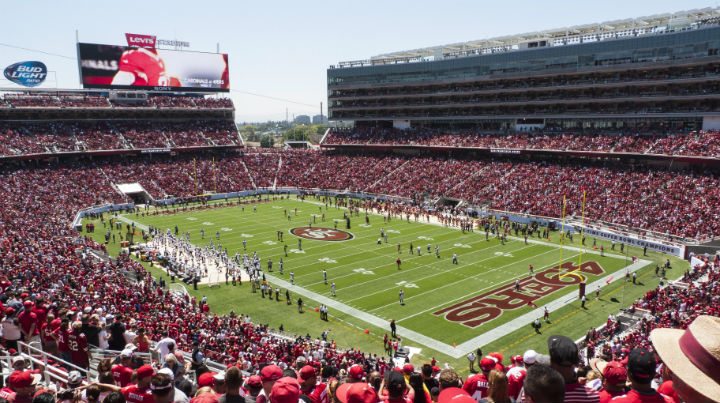 Will small cells replace DAS or can DAS reinvent?

The market for in-building wireless connectivity, supplied by both distributed antenna systems (DAS) and small cells, is red hot right now. But will the cost and business case associated with small cells lead to DAS becoming obsolete, or will DAS vendors reinvent to keep the growth wave going?

In a recent interview with RCR Wireless News, Huawei President of Small Cells Product Line Peter Zhou made the case that the flexibility and value-added services associated with small cells will see DAS deployments fall out of favor.

Zhou focused in on the divergent business cases, particularly return on investment, as driven by contextually aware, location-based services opened up with a network of small cells.

“We can use the digital platform to create value-added services. Some operators have trouble deploying small cells indoors because they don’t understand the needs of the venue owners. Owners care about location-based, contextually aware services like precision marketing. If we can share those value-added services, the owners will be more accommodating to a mobile operator’s small cell system.”

The Huawei executive also mentioned the ability to update small cells over the air in the context of supporting movement from 4G to 4.5G and onto 5G.

“Those new technologies have to be smoothly integrated. More and more operators are starting to understand that indoor systems like DAS cannot have a smooth evolution. We have to use digitalized systems. Considering 5G, we start to think about new applications like virtual reality, 4K video and new vertical industrial applications. It’s not going to happen with the legacy systems that purely rely on the macro baseband outdoor or the analog system like DAS.”

In a somewhat controversial column, Ronny Haraldsvik, former SVP and CMO of SpiderCloud Wireless, weighed-in on the DAS versus small cells question, proclaiming that DAS is D.E.A.D. According to Haraldsvik, D stands for DAS, E for “end of life,” A for “acknowledgement,” and D for “demarcation.”

“‘If it looks like a duck and smells like a duck, it’s a duck.’ Distributed antenna systems is just that. An antenna connected to coax, fiber or other special cabling that requires cable pulls through the risers, and racks and racks of equipment in the basement or the telco closet.

“Yes, the DAS market will continue to grow as predicted by leading analyst firms. No right-minded person would dispute that. However, DAS as we knew it last year or the year before, is done and over with. Why are hundreds of system integrators working hard to get up to speed on small cells, and how to install them? Mobile operators, enterprise, venue or building-owner customers do not care if it’s DAS, Wi-Fi and/or small cells that are fixing their problem with in-building coverage and capacity. They just want the problem fixed, and for the business case – payback – to work. Long gone are the days of seven 10-year payback periods, or securing rights to a location only to charge back operating expense fees to mobile operators, even after they have deployed their own $150,000 baseband. Easy to install single or multi-operator small cells and small cell systems over Ethernet, with payback periods measured in weeks or months, made the old DAS obsolete.

“Because of the rise in tide for small cell vendors, DAS and RAN vendors alike went back to the drawing board to simplify single- and multi-operator DAS systems, making them easier and cheaper to deploy. Is this enough? Time will tell, but for now the in-building coverage and capacity market is smoking hot and the DAS vendors do not want to be pushed out in the cold. Big venues and buildings need any and all spectrum and capacity. The pragmatic solution, where DAS already exists, is to supplement with Wi-Fi and small cells. After all, adding LTE DAS is just like adding an entire new DAS system installation at $4 to $6 per square foot.

“New DAS systems will find their place where old DAS once were deployed, but in competition with scalable small cell systems that add capacity wherever a small cell is mounted. Whereas DAS systems for big venues and buildings would deploy capacity for 40 sectors with hundreds of special antenna pulls, a small cell system could easily add 200 sectors of 3G/4G capacity for 25% of the cost, as compared to DAS – not counting yearly operating expense, that is closer to 50 to 100 times different. The DAS business case makes good sense for 1 million to 10 million square feet. Below a million, the business case now favors small cell systems.”

Analyst Earl Lum of EJL Wireless Research weighed in on the seeming technological convergence between DAS and centralized small cell networks by looking at the vocabulary: “Everyone’s got such a different definition of what a small cell is. I would consider a small cell to have both the modem and the radio integrated into one unit, so it’s self-sufficient and all it needs is backhaul.”

“Only about 2% of enterprise buildings actually have mobility in the building,” Philip Sorrells, VP of strategic marketing at CommScope, said, alluding to the huge addressable market for in-building connectivity.

“They are very hesitant to invest in something that they may have to rip and replace in two years,” he said.  “So the operators are approaching them in … a tentative way … trying to help the building owners understand the value of the investment and to bring them in at entry points that make sense for that size of building.”

For more information comparing and contrasting the tech and business case associated with DAS and small cells, check out this feature report.