RCR Wireless NewsIntelligence on all things wireless.
YOU ARE AT:Analyst AngleAnalyst Angle: Connecting on connected cars 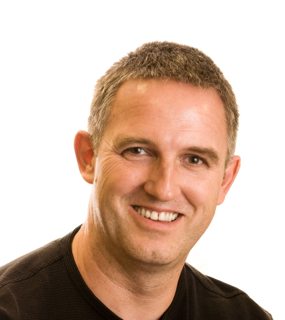 Editor’s Note: Welcome to our weekly feature, Analyst Angle. We’ve collected a group of the industry’s leading analysts to give their outlook on the hot topics in the wireless industry.
We recently discussed the differences in the responses to our questions on wearables (smart watches and fitness devices) in our recent surveys. This week, it is the turn of the connected car.
To recap, in August 2013, iGR fielded one of its many consumer surveys and focused on wearable devices and connected cars. In the survey, we asked about how consumers used their mobile devices, their awareness of new wearable devices and connected cars, and their interest in using the new capabilities. In 2013, iGR published a report forecasting the market for wearables and in 2014, iGR updated its previous connected cars forecast.

In April of 2014, iGR conducted a large U.S. consumer survey and asked the same wearables/connected car awareness questions. In this column we shall discuss the differences between the two surveys as it relates to connected cars.
First, the good news: between August 2013 and April 2014, the number of consumers who admitted to reading and replying to e-mails, and watching video (yes, in the car, while driving!) dropped. In fact, the number who say they drive and watch videos dropped significantly. That is the good news. The bad news is that the number of people who admit to reading and sending texts while driving remained the same.
The number of those who said they made phone calls while driving also dropped, as did the number of people who said they used navigation apps in their smartphones. And conversely, more people said they were listening to music in their cars. And when we asked which technologies were in their current car and how often they used them, there was an increase in the use of satellite radio, Bluetooth connectivity and hands-free voice.
When purchasing a new vehicle, “technology” is still ranked a distant No. 4 behind safety, reliability and fuel efficiency. The ratings for technology were effectively unchanged. This is likely to be difficult to improve upon; after all, who is willing to give up some fuel economy or reliability for a few more technology toys in the car?
Some good news is that the interest in some new technologies in the car did increase between August and April. For example, more people were interested in live traffic updates and automatic alerts to emergency personnel in the event of an accident. But, interest in other “connected car” features such as built-in Wi-Fi or high-speed modem were flat – no change.
This all points to the industry – both mobile and automobile – needing to do more to raise awareness about the new technologies and, importantly, the value and benefit they offer. As we recently discussed, few dealers and sales people seem able to demonstrate or talk intelligently about the new in-car systems. This needs to change before consumers start asking for these capabilities.
The next problem is more significant: the number of consumers willing to pay to get LTE installed in their next car dropped by double-digit percentages. And, those interested in paying for LTE service in their car dropped by similar amounts. Just in case you are thinking that consumers would be willing to pay one flat fee for a year: no. They want their LTE either free or included in their current data rate plan. In other words, consumers are viewing the connected car the same way they would a connected tablet or additional smartphone.
Overall, what this data shows is that far more – and we mean much more – education is needed on connected cars, the services offered and how they benefit the average consumer. And those benefits need to be tied to safety, reliability and fuel efficiency. If connected car technology can be shown to save money, improve reliability or make the drive to school safer, then consumers are likely to pay more attention and, perhaps, be willing to pay a little more.
Iain Gillott, the founder and president of iGR, is an acknowledged wireless and mobile industry authority and an accomplished presenter. Gillott has been involved in the wireless industry, as both a vendor and analyst, for over 20 years. IGR was founded in 2000 as iGillottResearch in order to provide in-depth market analysis and data focused exclusively on the wireless and mobile industry. Before founding iGR, Gillott was a Group VP in IDC’s Telecommunications practice, managing IDC’s worldwide research on wireless and mobile communications and Internet access, telecom brands, residential and small business telecommunications and telecom billing services. Prior to joining IDC, Gillott was in various technical roles and a proposal manager at EDS (now Hewlett-Packard), responsible for preparing new business proposals to wireless and mobile operators.

Facebook
Twitter
Linkedin
Previous articleEMEA: Do users know when they’re in the cloud?
Next articleMicrosoft names wireless industry veteran Stanton to board

Ericsson ‘flips the coin’ on network slicing with end-user application